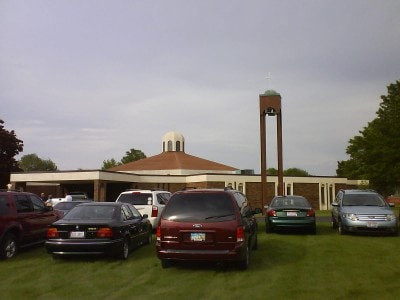 So the St. Nicholas Greek Festival is not new to me. It’s the first Greek Festival I’ve ever been to and the main comparison I use to other Greek Festivals. It’s filled with great food and desserts and an ever-growing amount of people who go each year.

Taking place on a limited amount of space and parking, Lorain city officers direct traffic onto the grass for overflow parking. There’s also a drive-thru lane for chicken or lamb gyros and a section for the kids.

Most activities take place inside the church building though, which has of a long, rather narrow, circular hallway where people squeeze past each other.

In the back, past tables of crafts and more people, you’ll need to squeeze through in busy hours and remind yourself that maybe you shouldn’t be getting any desserts if you have to squeeze too hard :-)

But the food is great. 4 dollar moussaka (eggplant, ground meat and bechamel sauce). 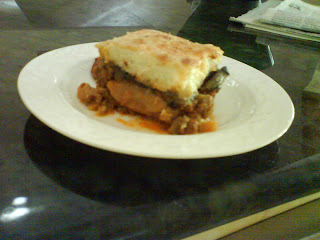 .
It really doesn’t look that great in the photo and I think there’s some potato in it too. But, let me tell you that my niece had a small dab of the bechamel sauce and this is the expression she gave…
. 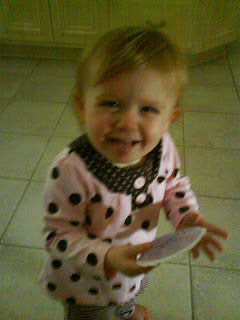 .
I’ll probably stop back for a gyro tomorrow and some more dessert. We picked up some galaktoboureko, which is a filo and custard pie with a sugary syrup. REALLY good…even better after being in the fridge for a bit. Each piece was only 2 bucks.
. 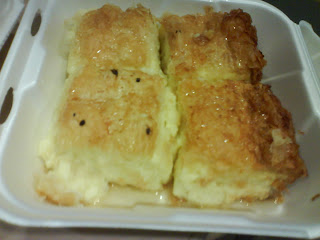 .
Then I also like the coconut wheels with honey…a huge sugar spike! And the cookies (which I forget what they’re called). They’re basically butter cookies with slivers of some kind of nut covered in powdered sugar.
. 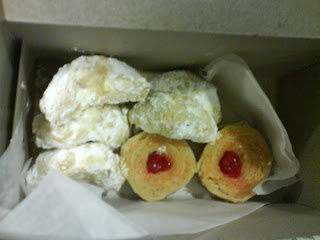 .
I’ll be running extra on the treadmill tomorrow!
.
.