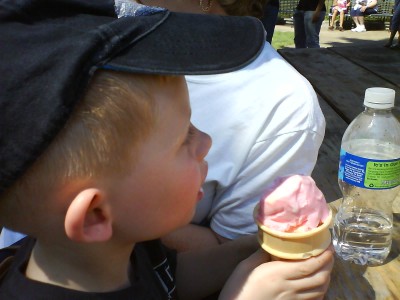 AUTHOR’S NOTE: There is an updated 2014 Review here – https://ohiofestivals.net/milan-melon-festival-revisited/

For a town so close (30 minutes), it shames me to say I’ve never been in one of Thomas Edison’s homes. Although I doubt I would be greatly excited by the tour, I have gone out of my way for lesser things and (again shamefully) I admit how actually close I’ve been through various trips to Sandusky. Ah…someday I’ll make it.

For now, I’ve driven out of my way for the great Milan Melon Festival. This year, they are celebrating their 51st year…which means last year (which I missed) was when I really should have gone.

Still, it was enjoyable. A great festival and one of the better ones easily. Great food selection, good turnout, things for the kids, etc.

Set in downtown, there were rides galore for a town this size. My nephew partook in just about all of them. 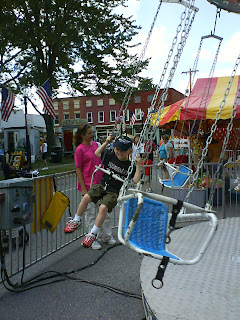 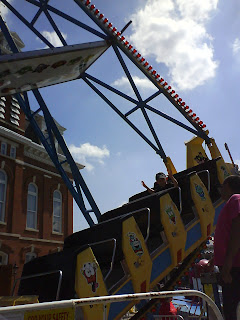 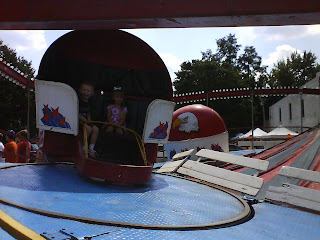 Afterwards, we got ourselves some cheeseburgers and Berardi’s fries. Berardi’s is known for their fries being sold at Cedar Point from the 40’s to the 70’s. They have a place in Huron with some mighty tasty food. In fact, I went there last night as well for dinner. 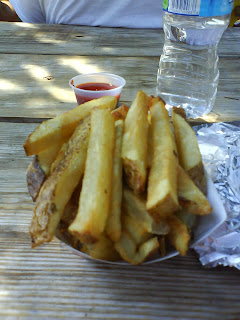 .
The festival did have a lot of other food. Kielbasa, ribs, bourbon chicken, cheesesteak, corndogs…quite a selection. But I knew I was going there mostly for the ice cream, so I just wanted something fairly simple.
.

We did get the ice cream afterwards. Made by Tofts, they had Watermelon Sherbet and Musk Melon Ice Cream. I got both. 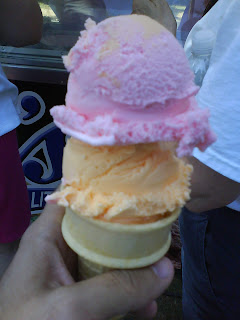 Ryan ended up with the watermelon. It was much sweeter than the musk melon, but you tasted more of the fruit in it. Unlike Italian ice cream (gelato) with fruit flavors, the musk melon was more milk-cream-creamy and a little too mild for me with the musk melon. I still liked it though. And I should say that I tasted the Watermelon FIRST! Being as the watermelon was sweet, it could have simply oversweetened by palate, making the musk melon seem blander tasting than it actually was.

In any case, Ryan stuck with the watermelon and he was a happy camper. 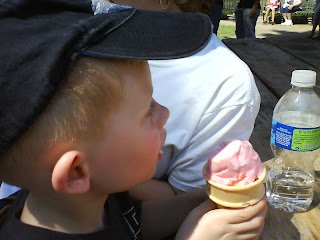