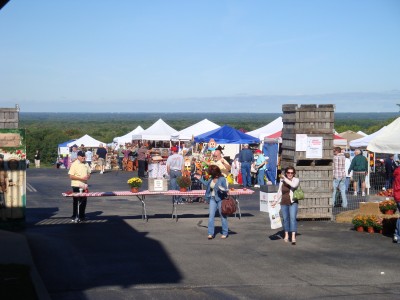 I really should start out that this was a MEGA-festival weekend. My goal was to get 6 festivals in, but I “only” got in 5.

The Johnny Appleseed Festival in Brunswick was my first of the weekend, being only a half hour away and starting around 10 am. It made more sense to go there on the way to the later festivals (Pawpaw near Albany and Via Colori in Columbus) instead of on the return trip on Sunday. So I headed off before 10 and the festival was already crowded with cars. 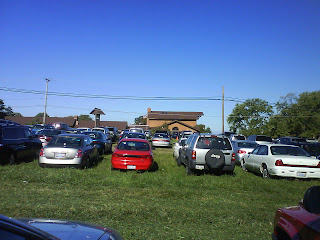 .
The building across the street is Mapleside Farms. Inside, they held a store of apple delights – pies, baked goods, ciders and apples. I decided to check that out on the way back out of the festival (in case I had stuff to carry to the car). 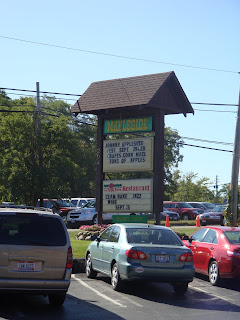 At the blocking table (see below left), I paid my 3 dollar cover. The usual parking lot was turned into a field of booths of various items. 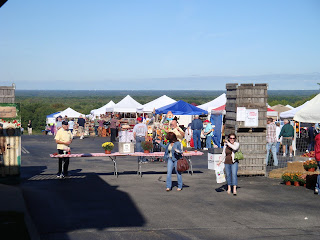 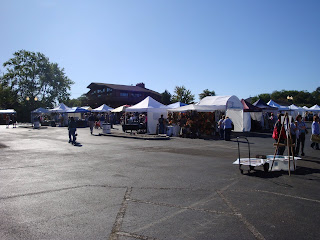 .
One of the first booths I saw was for apple butter. Very fitting for an apple festival. But then it took a detour…Native American crafts and shirts (almost bought my brother a Wolf/Bison/Eagle shirt…the kind with some mountains, a glistening full moon, and gratuitous mist), halloween crafts, peanut brittle (spit out the sample), beef jerky, the Pampered Chef (which is EVERYWHERE!!!), etc.
.

I think I was a little disappointed that I didn’t see more “apple” stuff.

I found a table with fritters and dumplings, but it just didn’t look that great.

I found a cake place with a cool-looking cake… 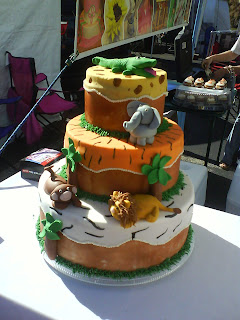 …and a decent-looking pumpkin cupcake with cream-cheese frosting… 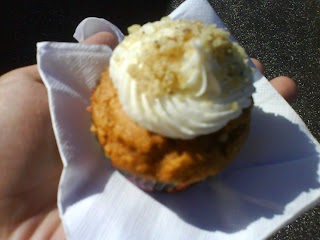 …but I thought the cupcake was a little TOO flaky/crumbly.

I should say that the chocolate sample they had was WONDERFUL. And the girl giving me the cupcake called me “honey”…which I’m a sucker for. Maybe she called me “sugar”? A pun on the cake business? I can’t even remember. That said, maybe she even winked. :-)
.
With breakfast out of the way, I decided to pack in lunch as well. I still had close to 4 hours of driving to get to the next festival.
.

So I went to the BBQ tent, which only had burgers and hot dogs ready. Obviously, they wouldn’t be expecting a lunch crowd at 10:45 in the morning…but I DID want apple butter BBQ ribs. So I settled for the burger with fillers and decided to check out the entertainment in the meanwhile. 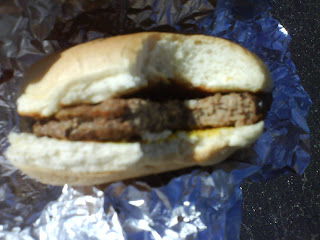 (LOTS of translucent fillers in this bad boy)

Apart from the lack of Apple-esque fair amongst the vendors, the festival did have some great entertainment and things to do with the kids. There were animals and an orchard to pick your own apples. Among the lower parts, there were things to do that I simply didn’t have time for. But I did enjoy the Janis Joplin singer and band who were wonderful, honestly. Really a class act. And then there’s also the view…
. 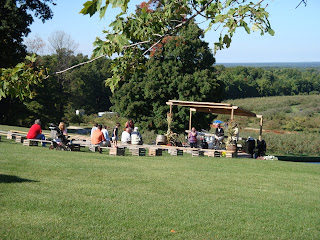 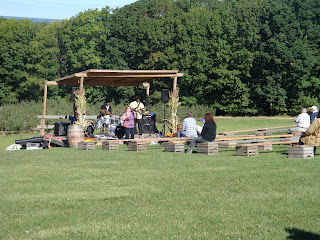 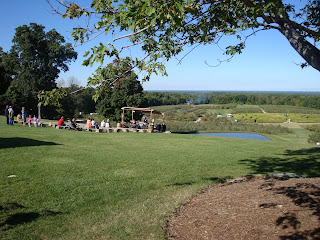 .
With the burger down and my strength to leave Janis and crew, I headed out of the festival and into the store to see what baked goods I could take advantage of.

Cheap you say? Alas, my friends. These are apples. My mom even has apple trees.

I pay for things I CAN’T get. Which brings us to our next festival…the Pawpaws….

…you see that I really shell out the cash there.