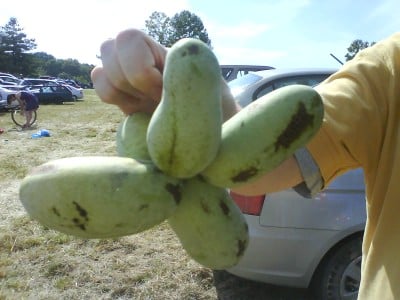 AUTHOR’S NOTE: I have 2 more current posts on this festival.

To read my 2016 experience, you can go to https://ohiofestivals.net/ohio-pawpaw-festival-albany

Before discussing my time at the Pawpaw Festival, allow me to briefly discuss what a fun state Ohio can be with its city names.

I’ve already taken a road trip through Southern Ohio with the sole purpose of finding oddly named towns. The winner of that trip was definitely Knockemstiff… 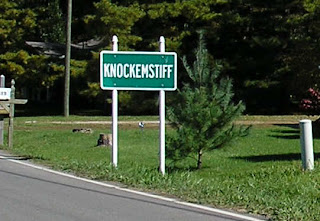 .
But as I drove into South-Eastern Ohio, I occasionally would glance at the navigation and find myself happily surprised…
. 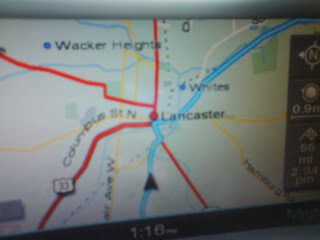 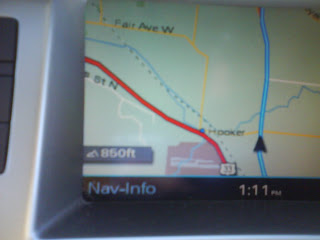 Wacker Heights and Hooker within 7 minutes of each other. Bet there are some great festivals there!

Lake Snowden is just north of Albany (south of Athens) with its own entrance off of I-50. Upon paying the 2 dollar parking, you’re invited to settle your vehicle amongst a wavy field of vehicles. And the field did wave. Where I parked, there was definitely sloping.
. 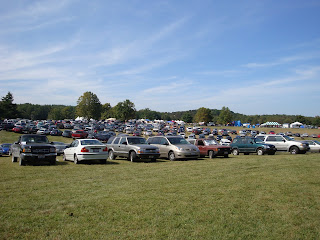 .
But as I came down, I took this pic and it didn’t really look so bad. It’s more impressive how many cars there were.
.

I called my friend, who was waiting inside, and I headed into the festival as blue grass filled the air. While it had been rather cool in the morning, the weather was not changed and I could feel the warmth rising from grass. (Later on in the day, as I would wait for a double espresso, I would slowly cook in the hot pawpaw sun.)

I got to the gate… 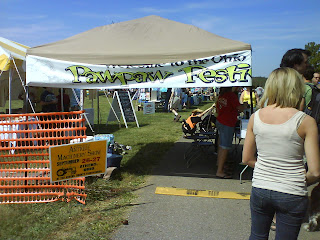 …and looked over the festival landscape… 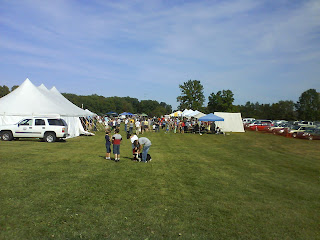 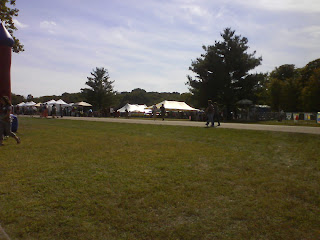 …before finding my friend… 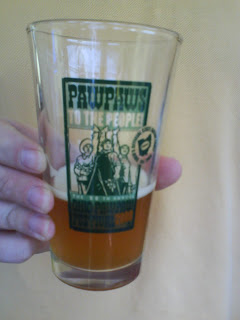 …who bought me a Pawpaw Beer.

His mother-in-law (who was also there with my friend’s wife and children) turned out to have her own pawpaw tree and she was kind enough to give me one. My friend showed me later how they grew on her tree.
. 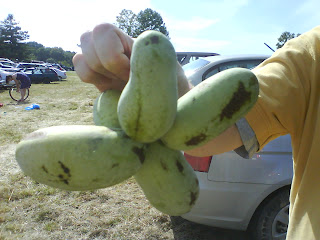 To learn more about pawpaws, you can also check out the wikipedia entry…
http://en.wikipedia.org/wiki/Pawpaw

We walked through the pawpaw booths before they had to go (they got there far earlier than I did and needed to get back). Various vendors had pawpaw samples to try. Some varieties were called Susquehanna, Shenandoah, Rappahannock, Allegheny, Wabash, and Taytwo.
. 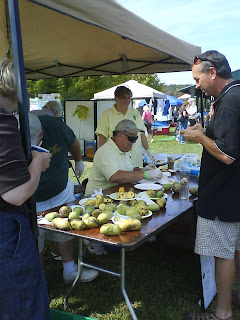 We tried all the pawpaws we could. Very much like mango, they were very very custardy. You could easily eat them with a spoon as the meat gives little resistance (much like an overly ripe avocado). Some varieties were noticeably sweeter than others, while others just seemed bigger. Two of the booths with pawpaws (which had the most) sold them for $8 a pound. Another with a few pawpaws sold them for 7.

My friend had to go and I took the pawpaws to the car to only return for some more sampling and festival exploration.

The Pawpaw Festival really had some neat stuff… 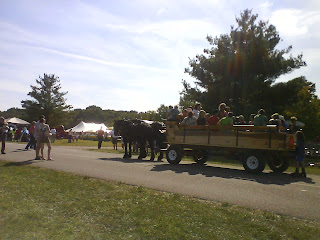 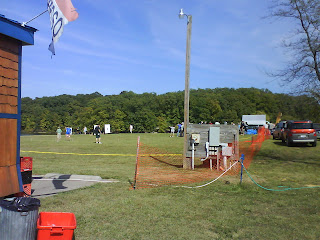 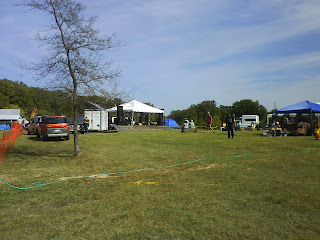 …next to a stage with good music… 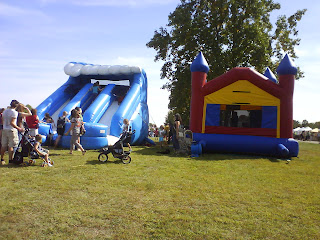 …inflatable stuff for the kids… 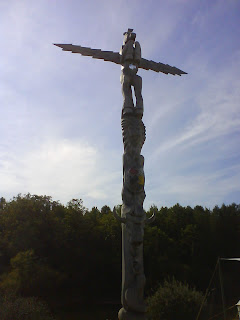 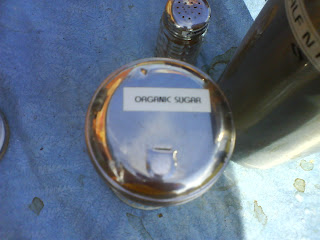 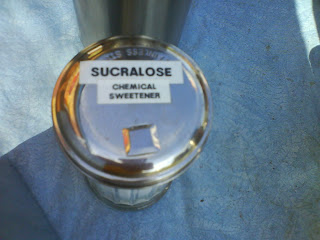 Most importantly, this festival had PAWPAW PRODUCTS!!! People got creative with the pawpaws and beer was only the beginning.
j 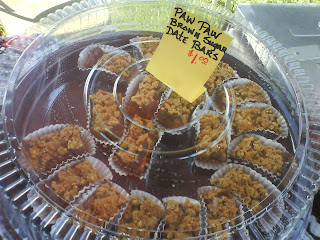 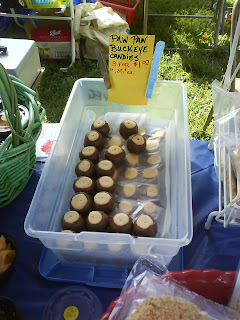 Pawpaw Buckeyes (not so good) 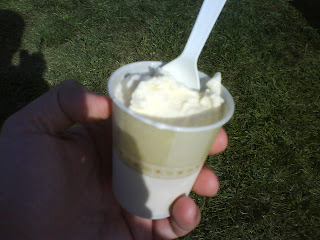 I took a final trip around the festival and bought myself a pawpaw beer glass (see above) and then some festival shirts.
.
With my double espresso and triple-pawpaw-sugar-snack-fest buzz kicking in, I was definitely wired and feeling fine. It couldn’t have come at a better time. It was getting just past 4 o’clock (I left the house at 9:45) and I still needed to get back to Columbus around 6 for the third festival of the evening…
k