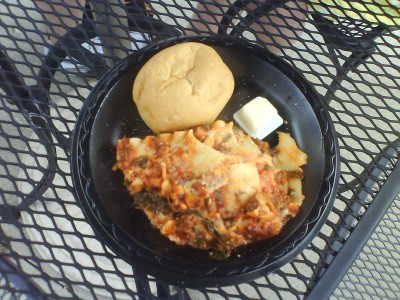 AUTHOR’S NOTE: There is an updated 2015 Review here – https://ohiofestivals.net/dandelion-may-festival-revisited/

There’s something to be said about unexpected surprises.

When you hear about a festival that’s in a small town (let alone a winery in that small town), you can’t help but be a little apprehensive in regards to what the festival has to offer. Put that small town winery in Amish Country (a two hour drive from me) and you may even reconsider going.

But I became suddenly hopeful as I drove down Old Route 39 and found myself directed up a hill into some hidden parking area (a bit fearful too, perhaps). There, I found more cars than I expected, especially on this rather cool, overcast day. 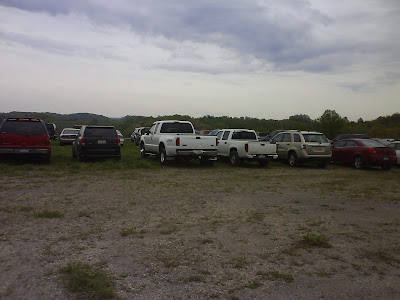 .
We risked not taking an umbrella and followed other festival goers…
. 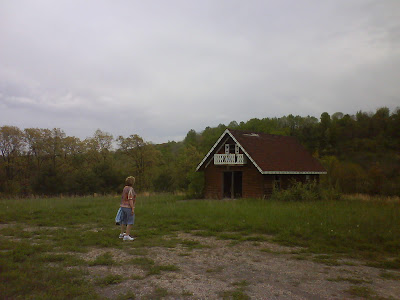 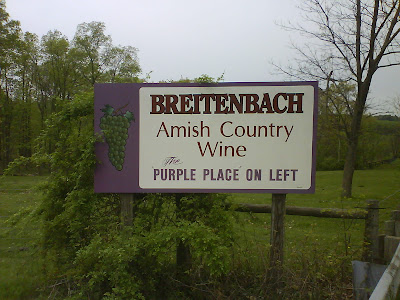 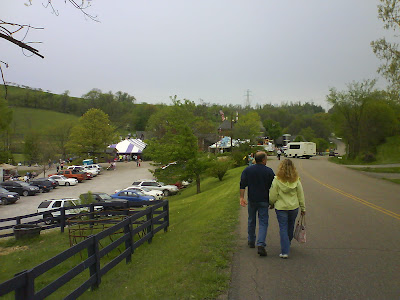 …to a rather decently-looking festival that Breitenbach Wine Cellars started in 1993 after their dandelion wine-making skills sparked a flowery intrigue among the people.

It wasn’t until we got on the grounds that we found even more cars parked along adjacent streets.
. 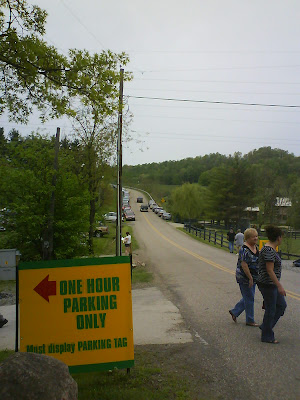 .
This was a decently-sized festival!
.
The sound of Beatles’ cover songs pulled us in to partake in Dandelion fun. Vendors came from all over, creating pathways with their tables and filling a large tent.
. 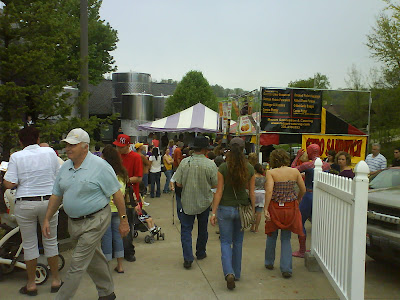 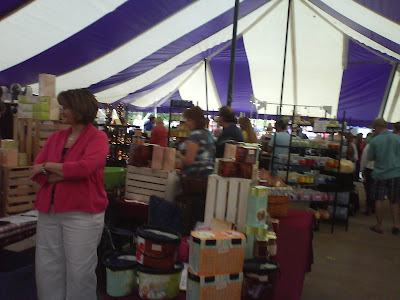 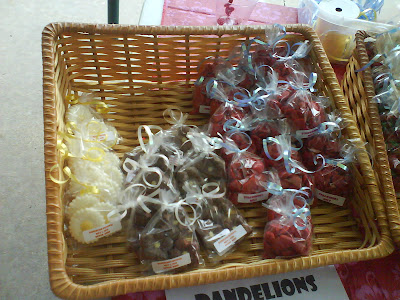 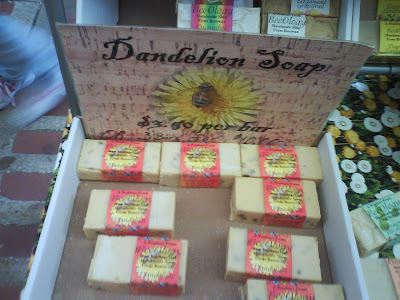 And Breitenbach easily sold off their own dandelion wine and other gifts. 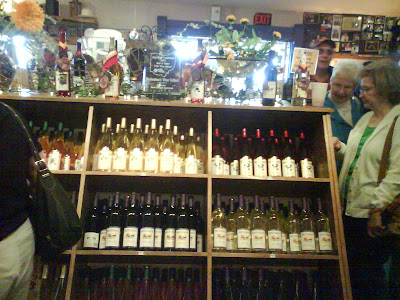 There was also a barn where they made dandelion jelly… 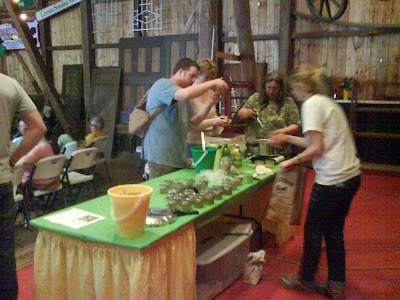 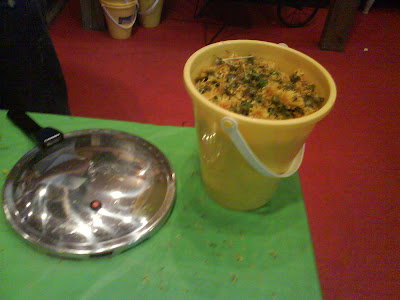 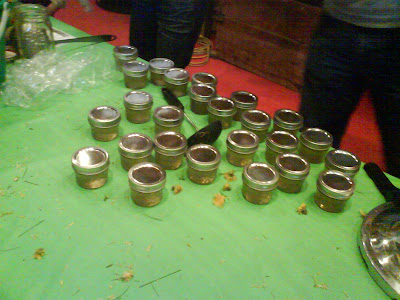 …and had cooking demonstrations with dandelions. 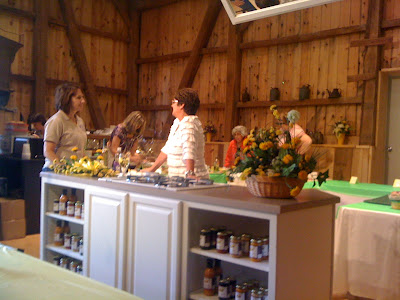 Certainly, it was a festival that celebrated the dandelion and its various uses. As festival goers, we took delight in also celebrating the dandelion like many others through…
. 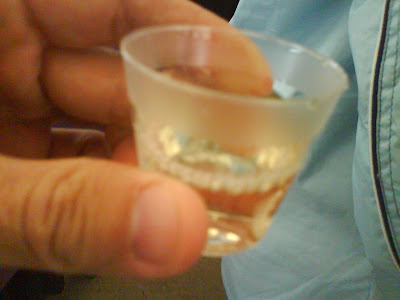 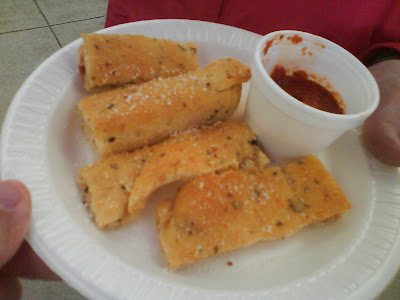 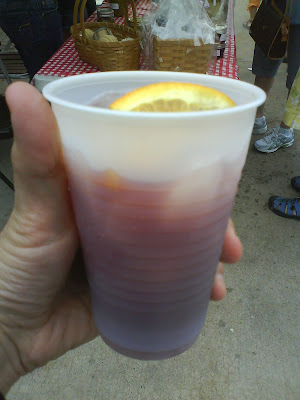 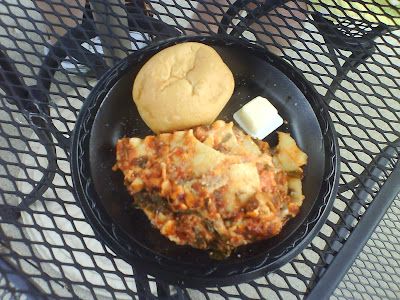 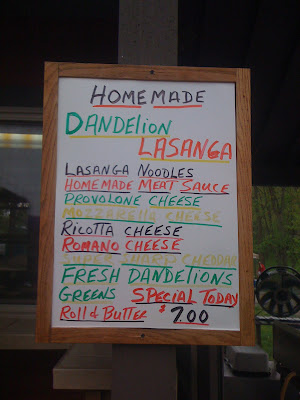 “Lasanga” for you non Eye-talians 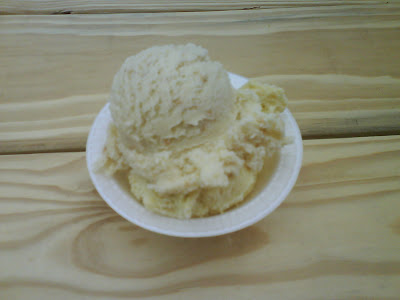 Dandelion ice cream (there’s a scoop of Coconut in here as well). 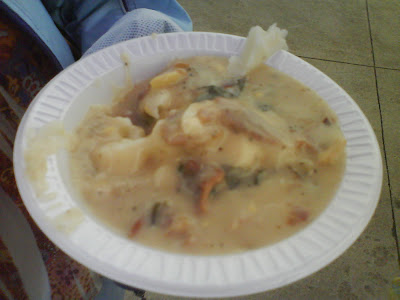 And some wonderful Dandelion Gravy over Mashed Potatoes

In fact, we all enjoyed the gravy so much that Julia asked me to post a recipe. You might expect complications when trying to find an Amish recipe online, being that the Amish shouldn’t be able to post them. But I was able to find something, although without exact measurements. I’ll try to make my own to give you something more precise.
.
Ingredients
Butter
Flour
Milk
Hardboiled eggs
Bacon
Vinegar (white)
Dandelion Greens
.
Directions: make your gravy base by browning butter (you can add the bacon grease to the butter) and then adding the milk and flour to thicken it. Add chopped hard boiled eggs, bacon, and vinegar to taste. Towards the end, add the dandelion greens. Pour over mashed potatoes.
.

Before signing off with this post, I wanted to see if you noticed something particular about one of the above photos. Particularly this one…

Spider Man did too! 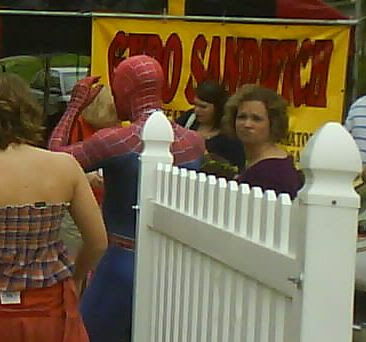