AUTHOR’S NOTE: There is an updated 2015 Review here – https://ohiofestivals.net/maple-festival-chardon/

With all the festivals I went to in 2009, those that stood out the most were those that really seemed to take advantage of the theme or product their festival stood for. The Grape Festival in Geneva had grapes, wine, grape pie, grape candy apples and grape ice cream. The Pawpaw Festival (Lake Snowden) – a magical event – had pawpaws of various types, desserts, ice cream and even beer.

That said, sometimes a festival loses its luster when it just doesn’t stretch our imaginations at all. This is highly the case in Ohio apple festivals. We start to see the same products of horribly made dumplings and fritters when there can be so much more to help us better understand the more creative uses of the product.

When I planned to see the Geauga County Maple Festival in Chardon for my first festival of 2010, I had high expectations. More so, probably, when I began seeing closed roads for the parade and various groups of people walking to the festival from a distant parking spot. People = many food booths. Many food booths = variety. Variety = some great maple experiences. This was only strengthened when walking passed the festival office with a nice display of various maple bake-off desserts.

These people knew and understood maple and they wouldn’t let us down with various ways to use it, right?

I was ready to take part. 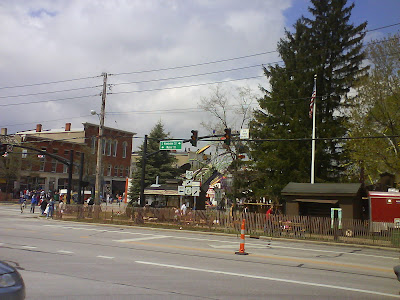 /
Found in the park of downtown Chardon where routes 6 and 44 come together, the festival itself is rather impressive in size. There were some nice entertainments, including the various rides there.
/ 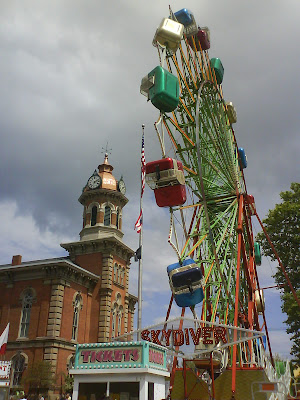 /
And some great history and education on the maple-making process. There were old taps used for the trees and maple being cooked down.
/ 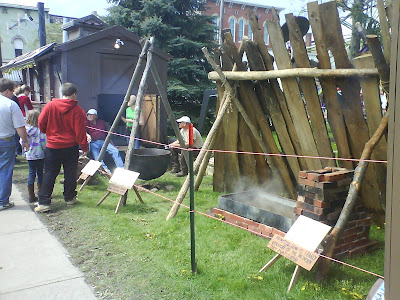 And there really was a nice variety of food. 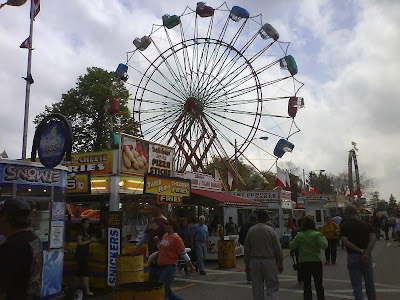 There was a great tent with merchandise of various maple products. 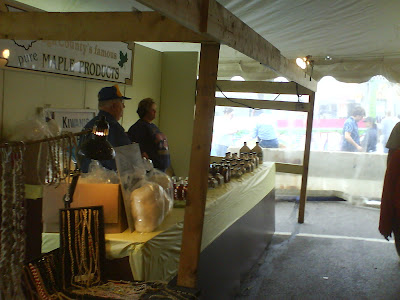 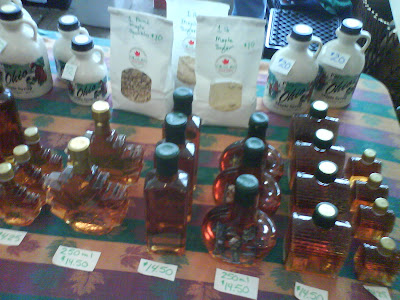 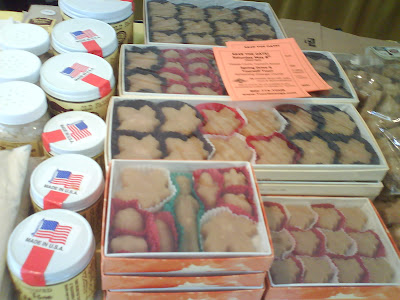 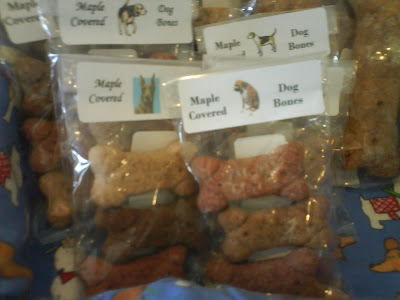 But, after this, the imagination seemed to fade a bit.
/

What maple products could I consume at the event? What would make a nice apple dessert after my gyro or fried swiss cheese on a stick?

The answer was this… 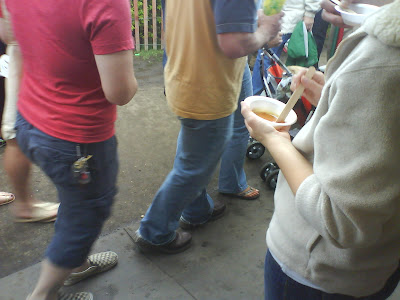 1 tbsp of hot maple syrup poured into a Styrofoam bowl to be stirred into a creamy paste.

I scoured the food vendors. In the tent, they sold BBQ sauce with maple syrup. So why didn’t the pulled pork trailer use maple in their sauce?
/

I noticed one vendor selling apple dumpling with ice cream. Maple ice cream? Not at all.

I wanted to cry.

Perhaps I’m being too harsh. There were some nice things for the kids and they did have the all-you-can-eat pancake tent as well as the maple cotton candy (which is tasty).

But, in my mind, the festival itself was more a town festival with maple vendors. If only there was more incentive for the food vendors to use maple in their products. Perhaps a discount for vendors who incorporated maple in at least one menu item (maple funnel cakes? Maple General Tso’s Chicken? Chicken and waffles? Hot apple slices and maple with ice cream? – I can keep going on and on.). Or even a better hunt for local businesses that used maple in interesting ways.

In any case, I took advantage of what was available with some simple purchases for myself, the dog, and the niece and nephew. 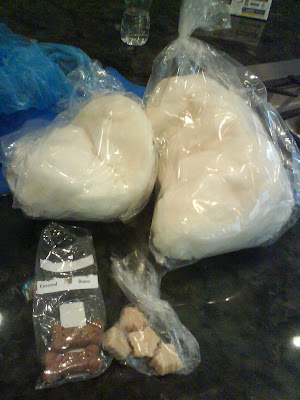 But I decided not to eat there. The food I missed out on would still be waiting for me at the next 50 festivals I plan to attend.