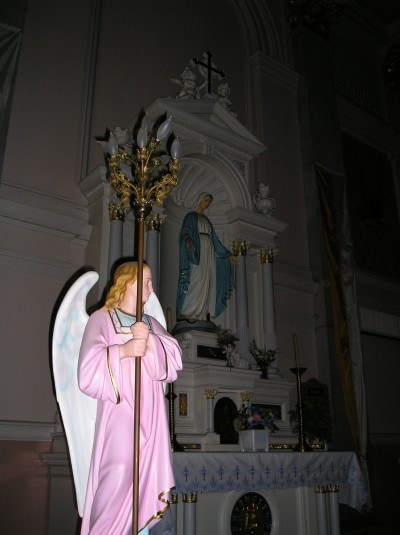 Founded in 1892, St. Elizabeth of Hungary Church isn’t only a beautiful church located on the east side of Cleveland… 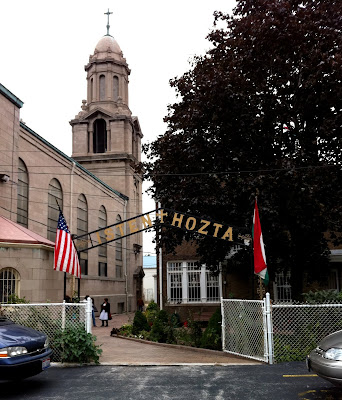 So even though Julia and I had already gone to some Hungarian festivals this year, it seemed worth stopping by to pay our respects to this historical structure.

When we drove in, the gated parking lot was mostly full, but we were fortunate enough to find one spot in the back. As we walked in the church building, a woman in front of us needed assistance to go down the steps to the festival. So as not to make her nervous, we hung back as others helped her and we took advantage of the time… 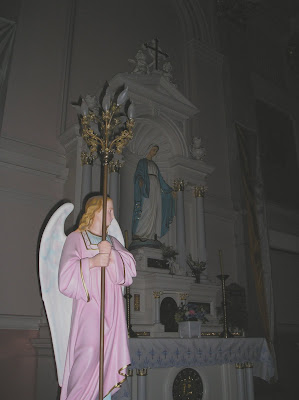 …by going to first check out the church. 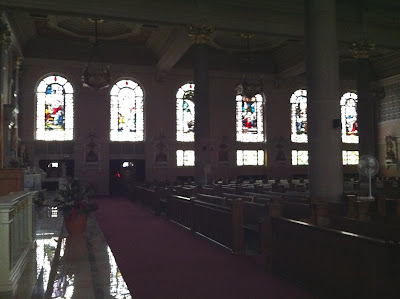 Unfortunately, the lights had already been turned off so there wasn’t much to see.

So we sighed and went downstairs… 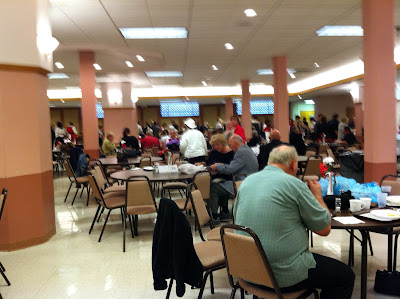 …to join everyone else.

At the entrance were two large lines: one for tickets and the other for food Items on the menu included sausage (kolbasz), pork steak (laci pecsenye), stuffed cabbage and fried bread (lángos). 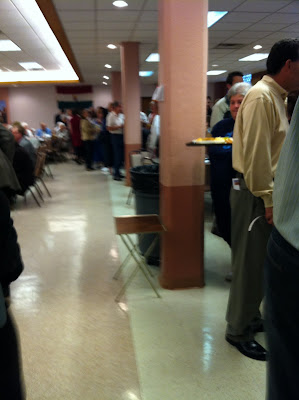 We were surprised by the length of these lines… 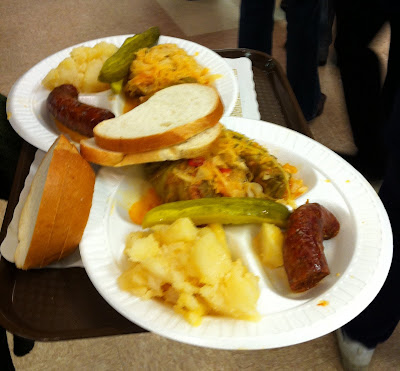 …until we saw how great the food looked. …and we continued wandering through the area and looking around.

At the opposite end of the room, we found a church museum…
l 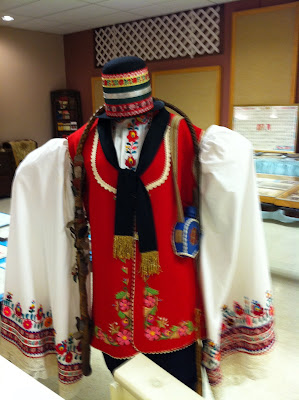 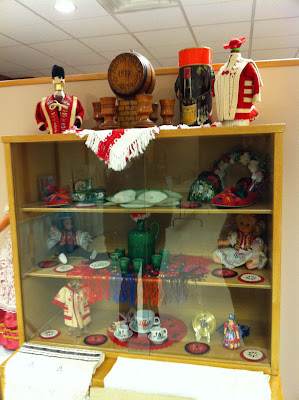 …with various keepsakes brought from afar.

But as we walked away from museum, I realized something…
…where were these grapes the festival name referenced?
Suddenly, in the distance, I caught site of the dessert table. My heart sped up as I quickly approached it (perhaps the reason my heart sped up).
l 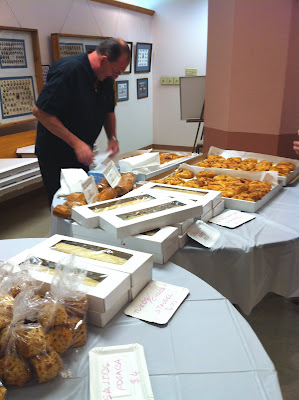 But there wasn’t a single grape involved with those baked goods. 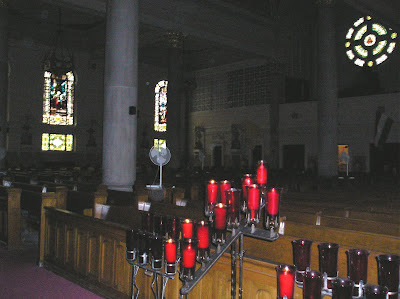 The reasoning behind the festival’s name was as obscure as the church interior above it.