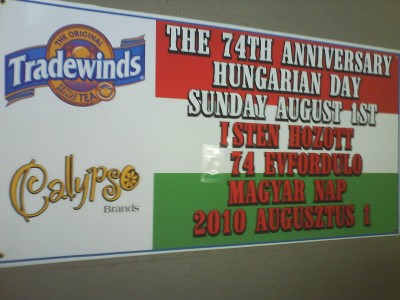 Lorain’s Hungarian Day is one of those festivals I heard about through a newspaper clipping. I found no website, banner, or lawn sign. I doubt anything was even mentioned at the Lorain County Visitor Bureau.

Although I’m not clear on the festival’s 74 years of history, I know that the Hungarian community has suffered many recent great blows with the closing of St. Ladislaus (Lorain), Sacred Heart (Elyria) and two Cleveland churches (St. Emeric and St. Margaret), thanks to the Cleveland Diocese’s restructuring.

This festival is one of the ways that the American Hungarian Council of Lorain County is trying to keep the Hungarian community alive, strong and unified as it deals with these misfortunes. What a better way to do it than through food? 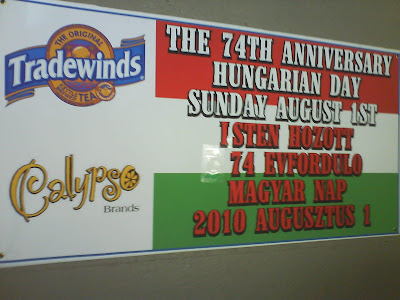 At St. Lad’s Picnic Ground on Clinton Avenue, Hungarian Day is made of… 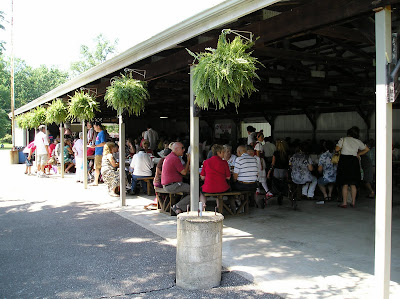 …a filled pavilion where no one left their seat… 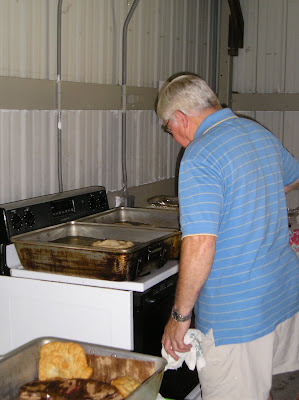 …except for an occasional langos… 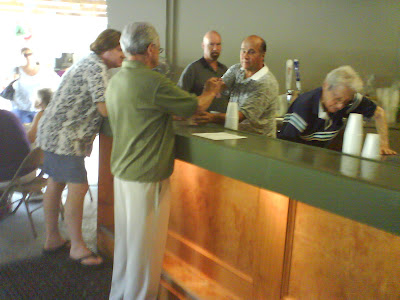 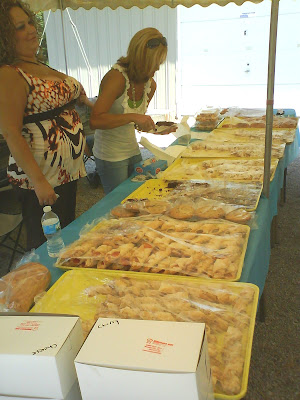 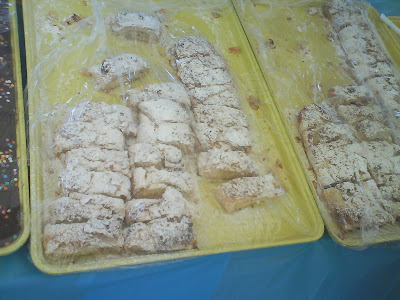 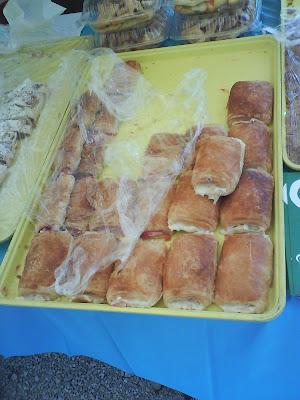 There was also a smaller building…
. 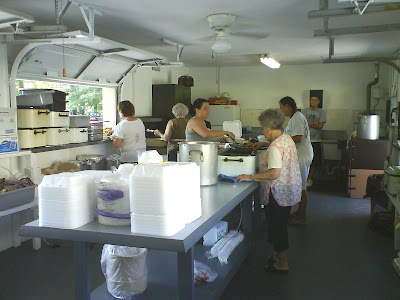 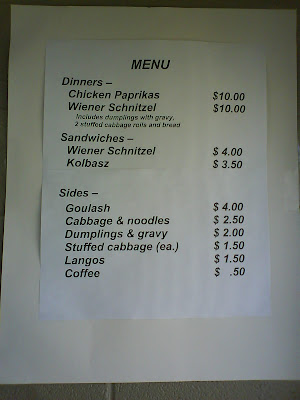 …which were all reasonably priced.

But getting these specialities wasn’t so easy. You couldn’t just order something at the building and pay for it there. 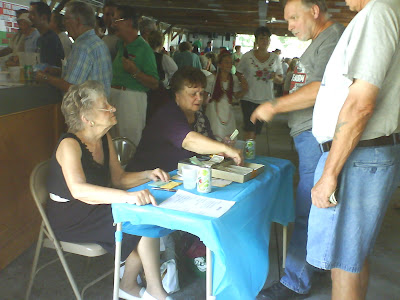 You had to find some tickets.

When you took the tickets to the serving area only a few feet away, it became only more frustrating if you were purchasing sides. Cabbage and noodles cost $2.50, dumplings and gravy cost $2 and cabbage rolls were $1.50. With all these different prices, it was inevitable that there would be mixups.

Sometimes the festival goer would have a handful of ticket currency and forget what he wanted, resulting in an incorrect amount (possibly returning to the table). Sometimes the volunteer would get prices mixed up between the cabbage and noodles and the dumplings and gravy.

In short, it’s a system worth refraining from.

At least the food looked good… 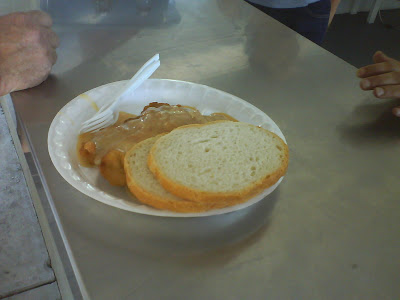 …this was someone’s wiener schnitzel, gravy and bread. 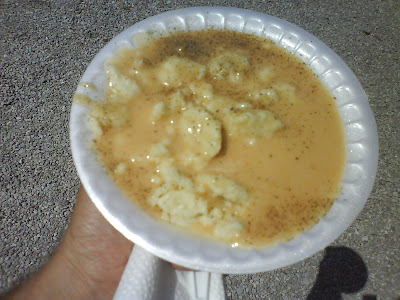 And I got myself some dumplings and gravy.

Unfortunately, I had to eat my food standing up…
l 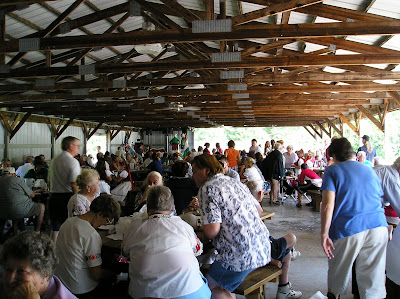 …because no one left their table.

The more I thought about it, the more I realized that most people coming in were getting their food to go. The rest had already staked out their table an hour before and they had no intention of leaving…
l 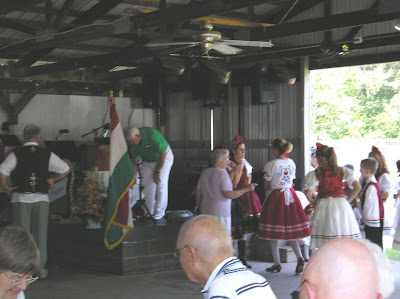 …especially as the entertainment was getting ready.

So I got some carryout as well, buying a wiener schnitzel dinner (at the dinner ticket table). 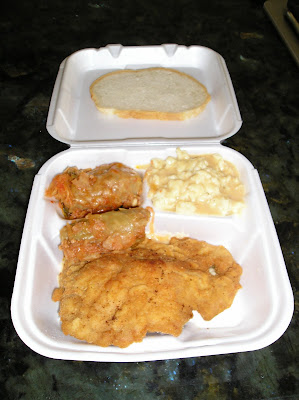 At the time, it seemed like a great deal with everything included, but now I’m thinking ala carte was the better choice.

This dinner cost $10 dollars but consisted of $9 worth of items ($3 cabbage rolls + $2 dumplings + $4 wiener schnitzel sandwich = $9). Actually, you got TWO pieces of bread with the sandwich.