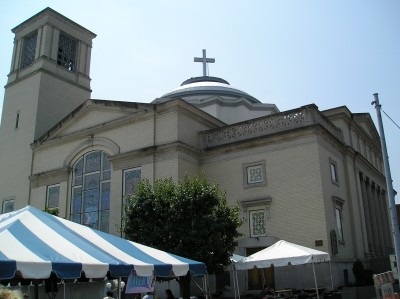 Being that I’ve already done two other Greek festivals on this blog alone, I can’t say I expected anything different at the Grecian Food Festival. I went there to grab lunch before the Dean Martin Festival and I arrived there fairly early. To say anything about the entertainment would be unfair, since I was early.

I can talk, though, about the food.

Set at the rather beautiful Holy Trinity Greek Orthodox Church of Steubenville, Ohio, I may have expected a lot as I turned the corner. The place really is beautiful. 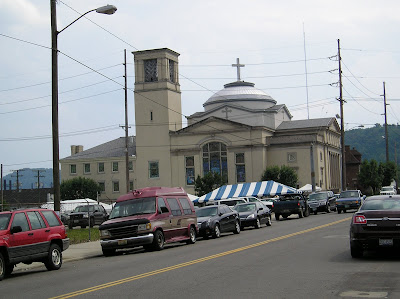 Check out the stain glass here… 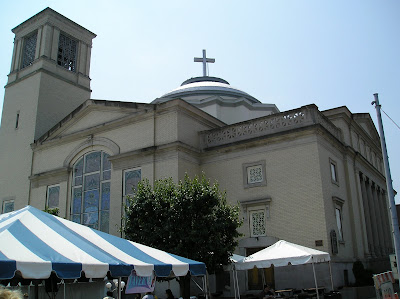 Unfortunately, we arrived soon after they opened at 11 am. It was still a little early for lunch but we were in the car three hours and needed to get to the Dean Martin Festival down the street.
;

So, as we went down the side way, we weren’t surprised to see only a few people. 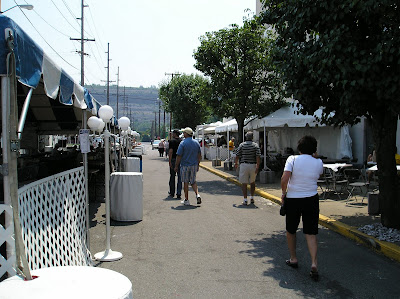 ;
The various booths there sold food, such as fried smelt and calamari (a big plus, I may add, since Lorain’s Greek Fest STILL doesn’t offer this). Unfortunately, the oil wasn’t hot enough yet and the woman tending the fryer didn’t seem to notice us. So we continued on to see what else was being sold. Since not all the menu items were available outside, I figured there was something inside as well.
;

And there was…with more people. 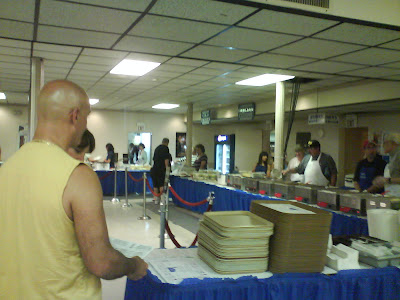 ;
Like any Greek festival, you can get your lamb shank, rice, moussaka, pastistio, Greek salad, etc. I went along with the standard moussaka (because I love it so) and decided to live dangerously and get the pastistio as well.
;

“You picked the best things,” the girl told me.

And I believed her. 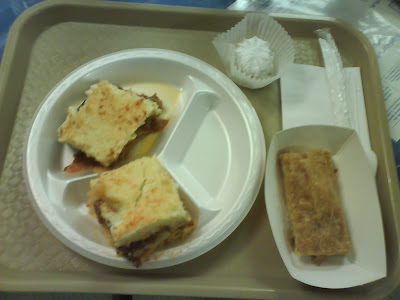 ;
Both the moussaka and the pastistio were highly bechamel-esque, something I look upon fondly. Also grabbing some galaktoboureko and kourambiedes, I had a dish made in heaven.
;

The galaktoboureko was different that others I’ve had. With nutmeg and cinnamon mixed in, it was almost pumkin-y. I liked it. The recipe would make a great autumn dessert – maybe even warmed up with some hot honey poured over it.

All-in-all, the Grecian Food Festival, although not so different from other Greek Festivals, did have some rather delicious food. If I ever had to live in Steubenville, I would consider joining the parish to get myself better acquainted with the cooks.

And that’s the truth.