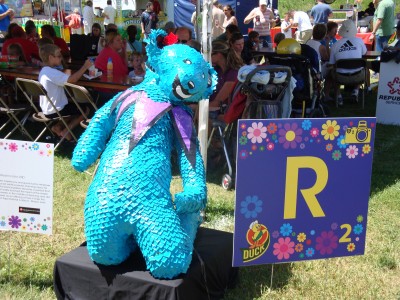 Seven years ago, a committee in Avon was trying to replace the Festival of Flowers, which faded away with the area’s greenhouses. Turning to the city’s biggest employer, the German industrial company Henkel Corp., who sold Duck brand duct tape out of the Avon location, the committee made an agreement for an interesting new festival idea. 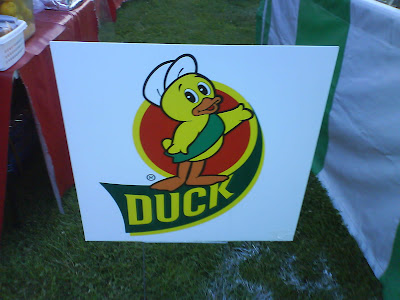 This year, the theme of the festival was “peace, love & duck tape” and it showed… 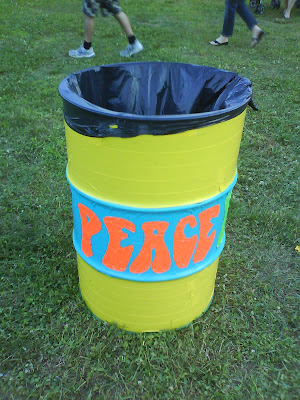 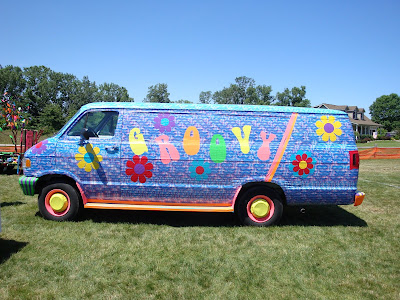 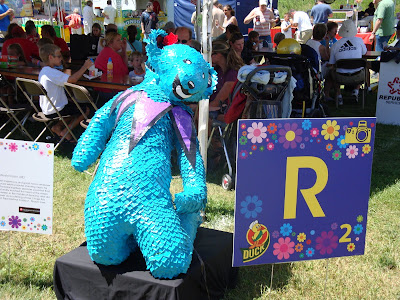 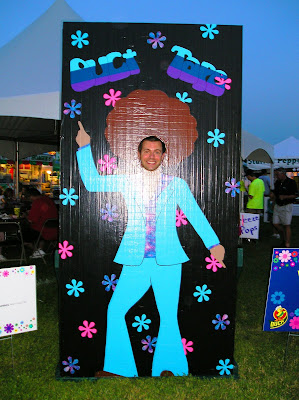 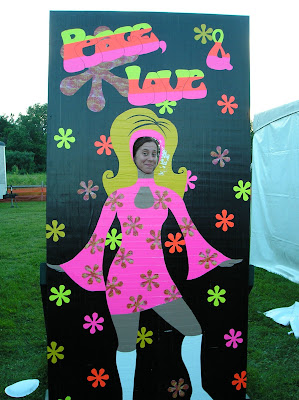 For those trying to forget the 60’s, there were other diversions…
; 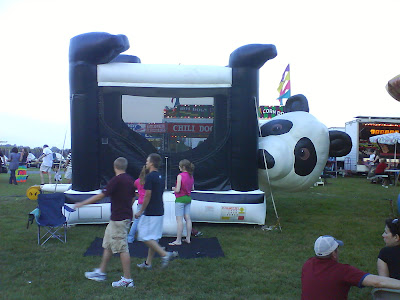 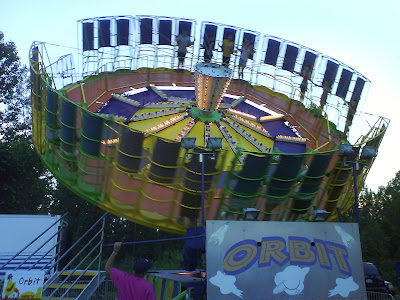 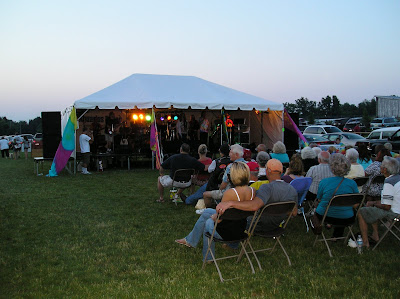 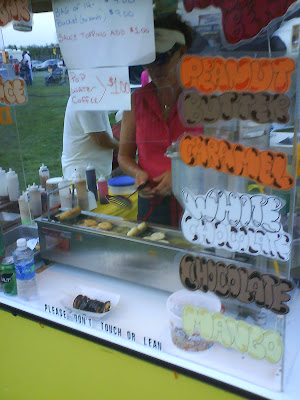 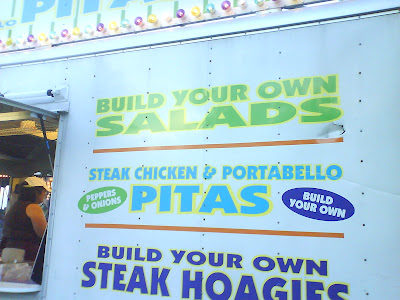 …food ranging from donuts to salads… 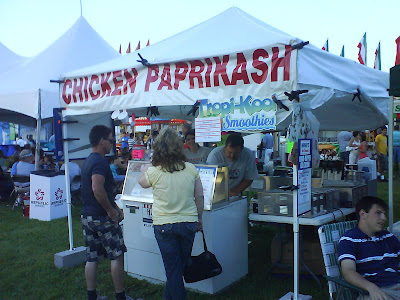 But, honestly, this festival was all about the duct tape.
;

One tent held a fashion show of duct tape. 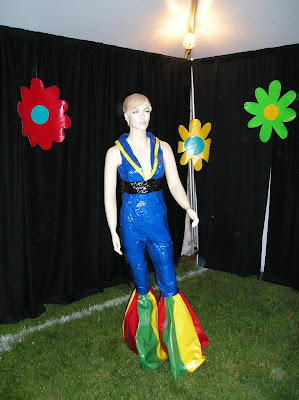 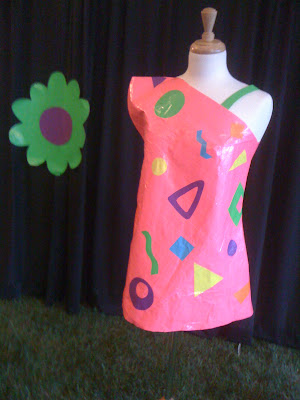 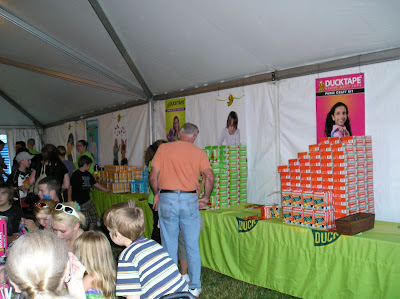 …to make purses, roses, wallets – all for free… 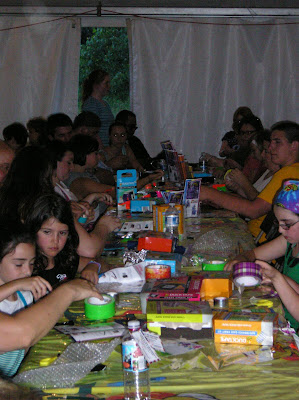 …as long as you made them in the tent. 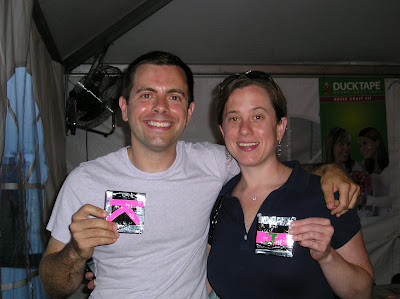 Julia and I made wallets (sorry I didn’t notice my K in the photo).

Who knew tape could be so much fun?

Various sculptures (click picture and it will open in a new window)
; 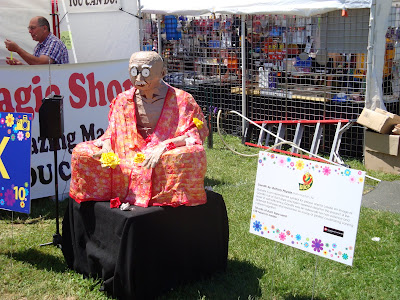 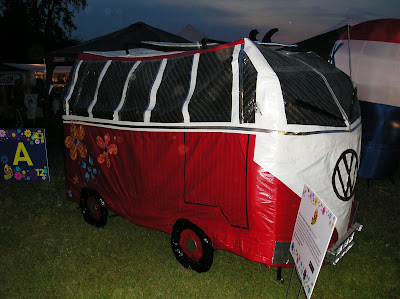 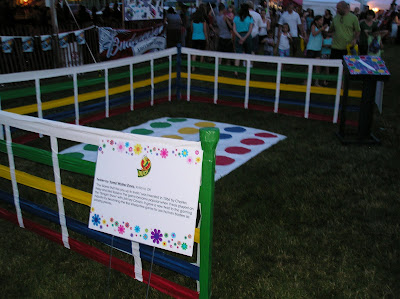 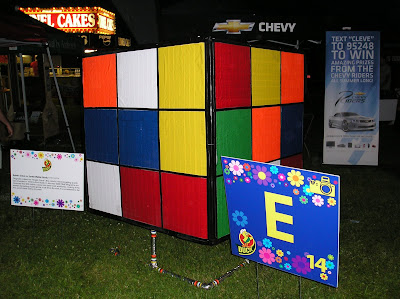 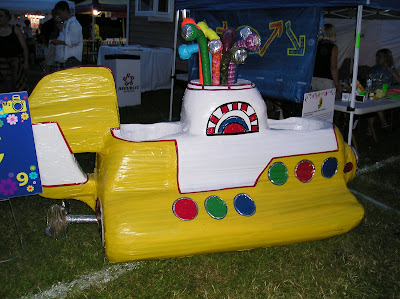 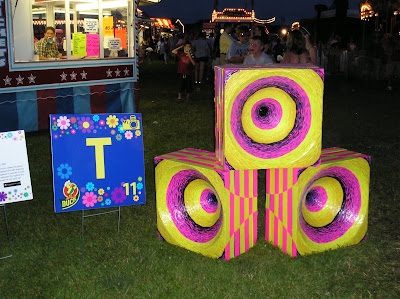 ;
Float pictures (click picture and it will open in a new window)
; 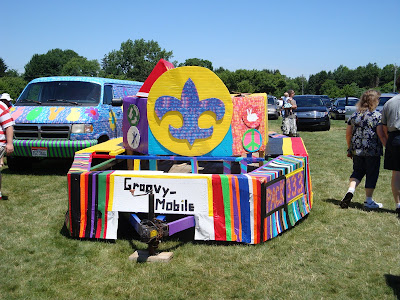 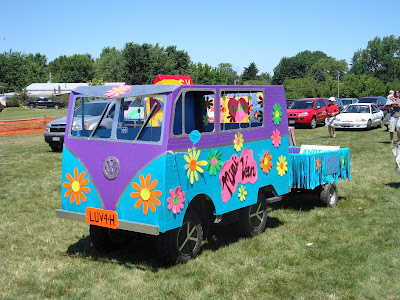 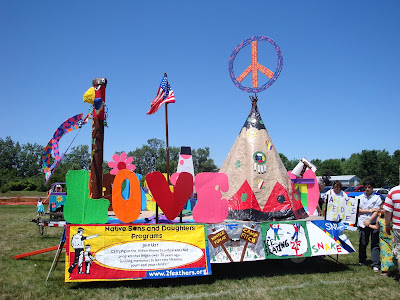