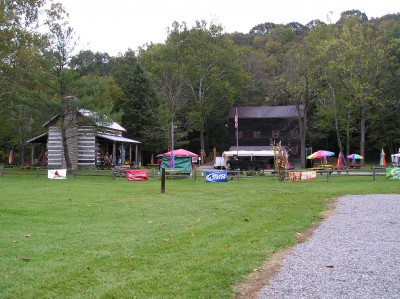 Like the Mantua Potato Festival, this was a festival I almost went to, although it was completely my choice for not officially attending this time.

When I originally read about this festival on the Discover Ohio site, it said that the festival was a free event going from 12-5. There were some things weird with the information, calling it the “Festival at the Grist Mill” but giving the Mohican State Park address. In the description, it also stated that it was an Oktoberfest.

Then I found the official site for the Grist Mill. Here, it was clearly called an Oktoberfest, the times were 12-11 pm and there was admission.

The admission is what disturbed me the most because it was only $1 for ages 10-20, but $5 for 21 and older…coincidentally matching the drinking age.

This really rubbed me the wrong way because it wasn’t the typical division between child and adult, it was a huge price jump, and I didn’t really drink at festivals.

In all 82 of the festivals I’ve attended, I’ve had one beer at an Oktoberfest and one at a Romanian festival. Why should I have to pay more for something I wasn’t going to appreciate?

I wrote to the organizer, hoping that the information might be incorrect or that there could be a non-drinker wristband for a different admission price. No such luck. In his response, he explained that the money helped with the band and the Grist Mill’s museum.

So I considered this and decided to stop by.

Truth be told, I was intrigued by the site’s advertisement of 100 beers available for festival goers. And, even though I didn’t drink at these festivals, I thought it would be cool to see some huge truck with 100 taps and long lines of thirsty visitors. 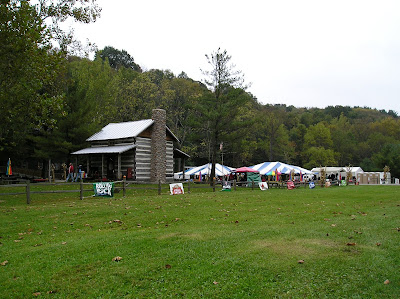 But then I got there.

As the air cooled and the rain started falling more steadily, I looked over the festival grounds, consisting of… 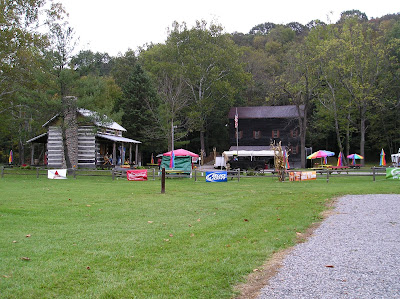 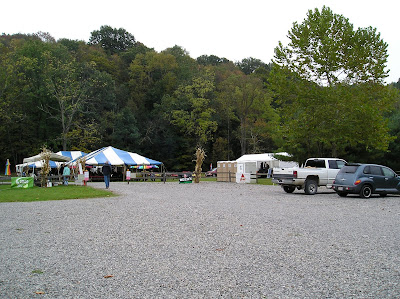 …the mill, two tents, and a stage.

I left my mom in the car to take a better look.

The vision I had of those 100 beers was completely inaccurate. There was no truck with taps. Instead, there were probably a few stocked refrigerators.

And where were all the vendors? The bands? The people?

All I could hear were raindrops striking the cars around me.

I took a deep breath and walked back to the car, feeling some regret as we drove away.

But with all the rain and my expectations so high, I knew that coming back another year would be better for both myself and anything I had to say about the festival.