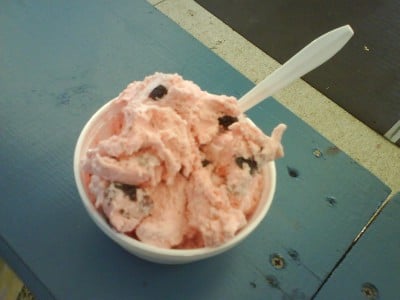 Only hours after leaving the Taste of Cincinnati, we made our way to Utica, town of Velvet Ice Cream, for the Old Fashioned Ice Cream Festival that Sertoma puts on every Memorial Day weekend.

It was already close to 5:30 when we arrived and the festival was scheduled to close at 7. We had an hour and a half to get some dinner and ice cream, hoping that vendors didn’t close early. We had even passed a pulled pork trailer on the way to the festival (3 for $10) and, although it sounded great, I was sure they would have some pulled pork at the festival. With all those cars and an advertised Ham and Bean tent, how could they not, right? 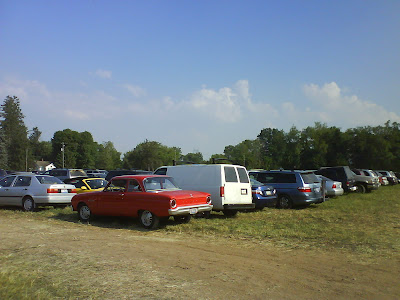 This looks over a very small section.

We walked into the festival’s main area, which consisted of two large rows. The first started from the stage and contained the majority of food vendors. 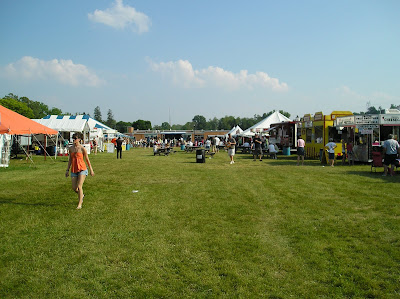 So they didn’t have the pulled pork as expected and the Ham and Bean tent (from what I saw) was a food van selling ham and bean soup. There WAS, however, fry bread that the Feast of the Flowering Moon was lacking. And there were various ways to enjoy the festival’s main ingredient… 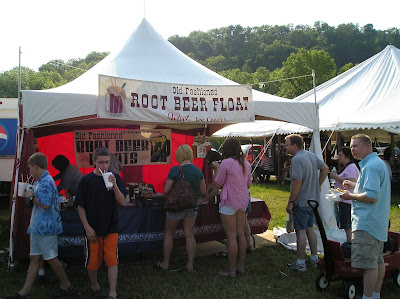 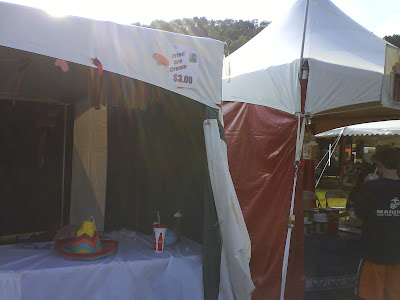 …or fried up (loving the hat).

The second row passed between a series of small vendor tents and a huge tent…
; 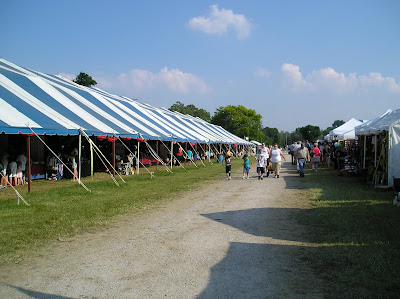 …filled with crafts and such.
; 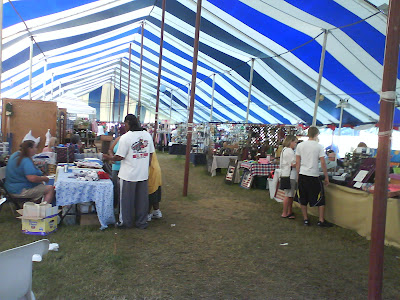 Across Mt. Vernon Road, there were two or three food vendors and some other vendors. 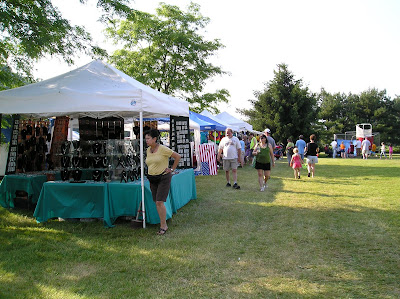 There was even a pony ride area. 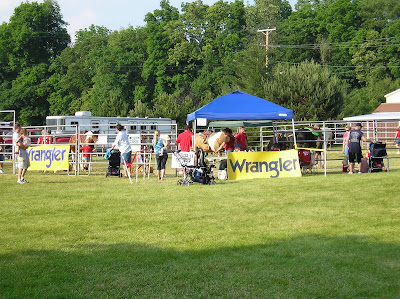 But we didn’t stay there long at all. We were hungry and the festival was closing soon. Unfortunately, due to rushing around, I had forgotten that the Velvet Ice Cream company was a little further down the street, directly across from the parking lot. If there had been more time, we could have gone inside to check it out.

But, in the heat, the hunger pulled us back to the main area… …through the welcoming gate… 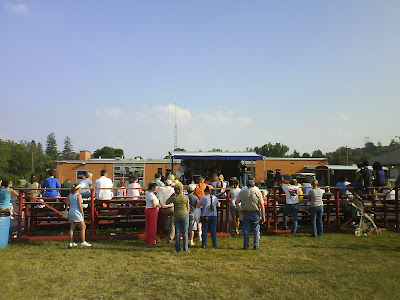 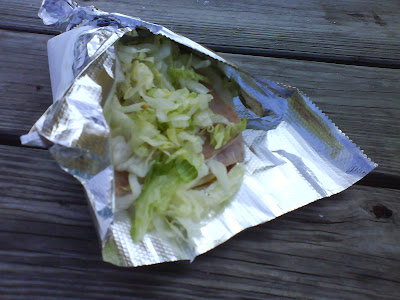 …and I got this “Greek Heroni Sandwich” – a gyro with ham and melted Havarti cheese.

Slowly we ate and listened to the live band playing country, classic rock, and even a song from Grease. They were really amazing, honestly. Their voices and styles changed so easily and sounded so natural to the songs they performed. We just enjoyed being there at our picnic table in the shade and taking it all in.

Then, after seeing a woman returning with 2 bowls of heaping ice cream scoops, we knew it was time.

This is what we came for.

We headed to the ice cream tent… 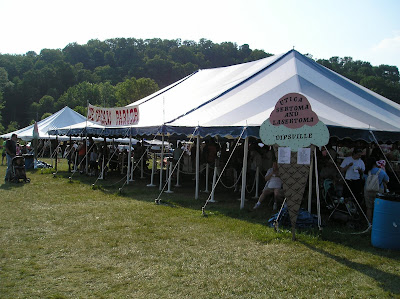 …and checked out the flavors. 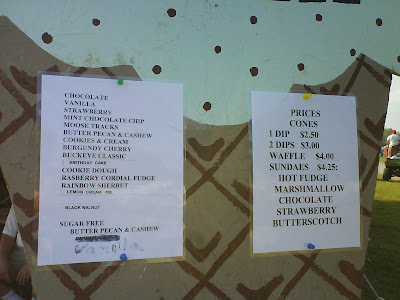 I got Burgundy Cherry and Strawberry.
Julia got Moose Tracks and Chocolate. 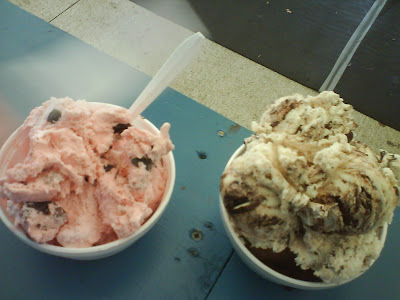 I took bites of hers in between bites of mine and she followed suit. But, although we helped each other… 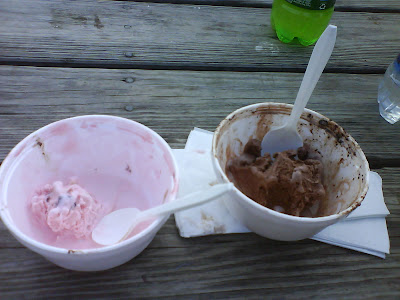 …it was too much to finish for either of us.

We listened to the band a little longer, letting the melted ice cream fill the crevices in our bellies around digesting Greek sandwiches, corn dogs, and ribs. Finally, as the sunlight softened, we decided to go, snapping a final pic of the Nashville band that entertained us at this enjoyable festival. 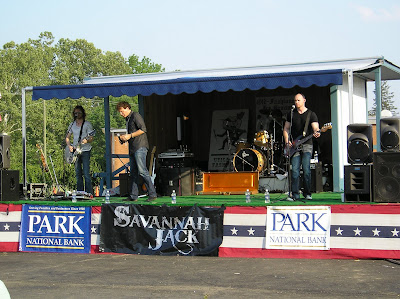