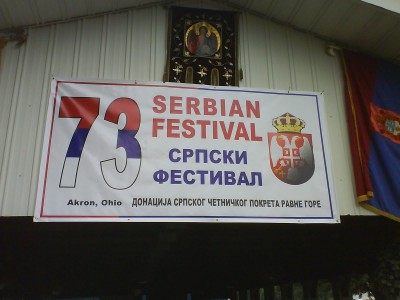 When I schedule festival days, I try to get in as much as I can. On this particular day, I had three festivals and a fair scheduled along a 230 mile route. A little ambitious, I admit, but definitely doable, especially if all festivals involved are kept to their schedule. 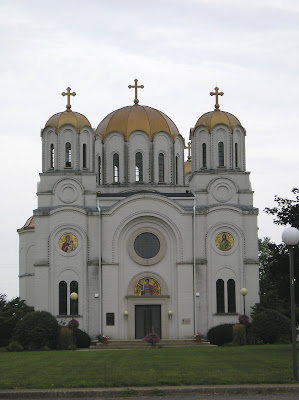 .
…wasn’t.
.
Arriving shortly after the festival starting time, I didn’t expect things to be in full swing with long lines. But I did expect food to be cooked and ready.

At this outdoor pavilion… 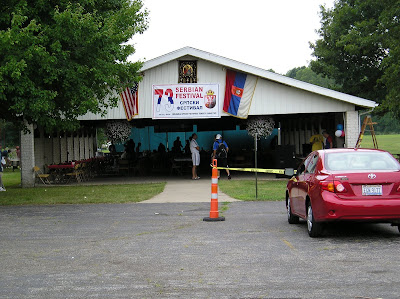 …it was all but ready.

Fires and grills were just getting warmed up. Sausages and meats were raw.
. 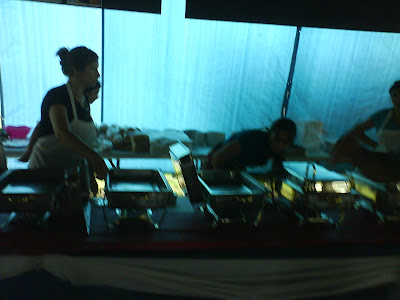 .
Warming trays were cold and…empty.
.
Around the pavilion, men sat on benches. Girls danced to Serbian music. No one seemed to show a bit of impatience except for the festival goers who waited at a table in the pavilion as the food was getting ready.

I started to contemplate leaving.

But then I noticed a side building and people coming from it. I went in that direction and made my way to a dining hall that had a long table covered with some baked goods. 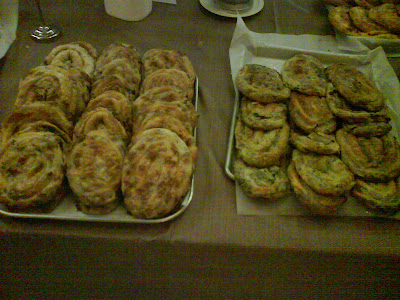 .
At one end, cheese, sausage and spinach Serbian pitas were on display.
.
At the other end of the long table, they were just starting to bring out dessert trays…
. 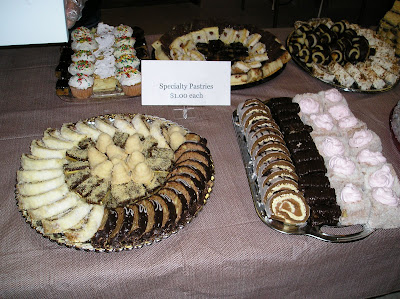 I say “mysterious” because, when I asked what each item was, no one knew.

And so the adventure continued.

As I was about to select some desserts, I realized other trays were being brought out one-by-one. I wanted to look over them all before making my selection, so I offered to help carry some trays out.

The woman looked at me and, with a fairly strong accent, replied, “Sure. You can help. Why not?”

I went in the backroom and found a huge table COVERED in stacked pastry trays. My jaw about hit the floor.

Although meaning to take a picture, I started taking some trays instead (my apologies). I did take a picture of the dessert table in the dining hall to give you an idea. 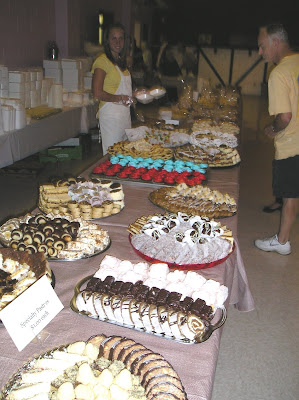 .
It was time for me to make my dessert selection, but there was some confusion in pricing. The sign said $1 each, but some of the pastries were small. They eventually decided to sell the smaller ones for 50 cents each.
.

I took my pastries out to the car and checked on the progress of the pavilion. It was now almost 1 pm and I still hadn’t eaten. It just seemed a waste to be without a Serbian meal in my belly.

But they still weren’t even close. The warming trays were still mostly empty.

Time was running out, but inspiration struck. I remembered a mini-kitchen in the dining hall. At the time, it appeared to be only a carry-out window. 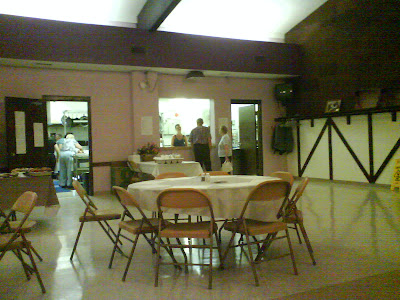 .
Perhaps they were serving food here?
. 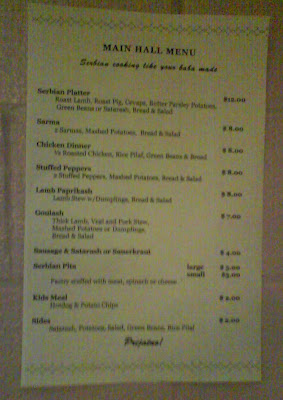 …and noticed a menu different than the one in the pavilion.

Success! I ordered the Lamb Paprikash and watched the women prepare it in the kitchen.
. 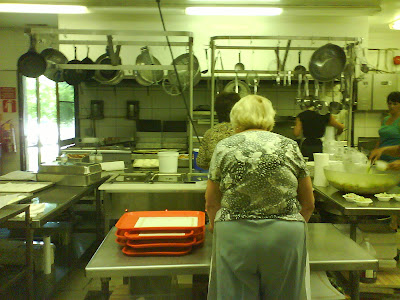 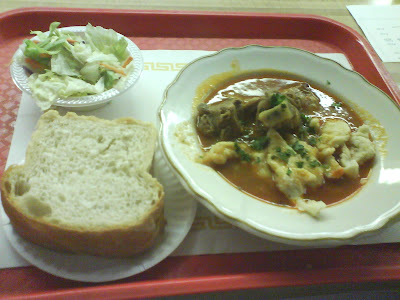 …but it turned out to be perfectly delicious!

I sat at a table with an elderly woman and her daughter, who were later joined by the woman’s other daughter and son-in-law. The son-in-law had come in from outside because the menu item he wanted was only sold out there. The woman’s sister came from the dining hall window with an item I’m not sure she really ordered.

“I just took what they gave me,” she said.

At that point, I could only smile. The Serbian Festival was definitely an experience.

And, although I regret going so early to that particular festival, I am thankful to have experienced a bit of the chaos involved. In the midst of it, I found great delight talking with the dessert volunteers and the family I ate with. It was truly a pleasure.

Also, I should be fair to say that, although I feel the festival took a chunk of my time through their own unpreparedness, I lost an hour of it myself through my own. The hot/cold bag, which I thought I had, was left at my mom’s house. So I stopped at 5 different stores to find another one, only to settle on a $14 cooler and a $1.79 ice bag to save $5 of Serbian treats.

Thank God they were good.

Later on that day, I would share the spinach pita with my uncle in Columbus… 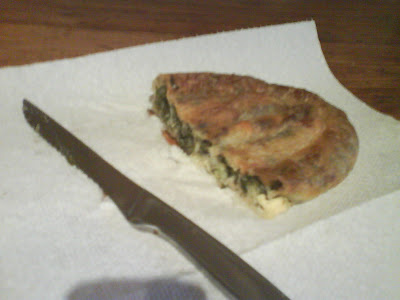 …only to wish I bought more.