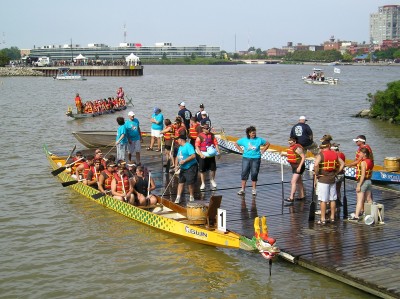 AUTHOR’S NOTE:  In 2015, the festival has changed its name to the Dragon Boat Summer Learning Festival.

Close to 2300 years ago, Qu Yuan, a Chinese poet, scholar and minister to the king of Chu (a southern state), found himself in a bit of water.

On the fifth day of the fifth month of the Chinese lunar calendar, the poor guy jumped into the Milou River. His suicide was a protest to a rival state’s capture of his capital city (mind you, he was already upset after trying to stop that rival state, only to be betrayed, accused of treason and banished into exile).

Once the local villagers heard of this plunge into the river, they paddled their boats into the river and threw in food, hoping to prevent the fish from harming Qu Yuan’s body. They searched for him while beating drums to ward away the spirits.

In 2010, people are still taking part in the search for Qu Yuan’s body in long dragon boats. This celebration of Qu Yuan’s life is currently known as the Dragon Boat Festival. 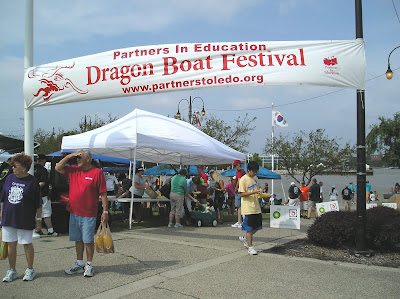 Obviously, Toledo’s version is quite a bit different than an authentic Chinese Dragon Boat Festival. No one’s looking for Qu Yuan’s body here. Instead, people are here to help the non-profit organization Partners in Education of Toledo, which benefits children through a partnership with area businesses, government agencies, organizations and churches.

Something Qu Yuan would probably have been supportive of himself. 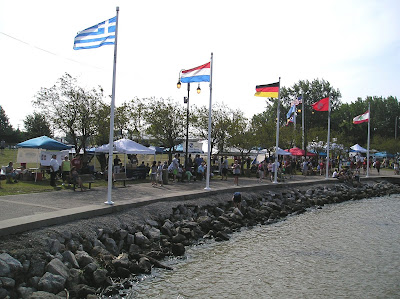 …where various booths were set up along the shore.

While there, we noticed some Chinese organization booths with activities for children…
. 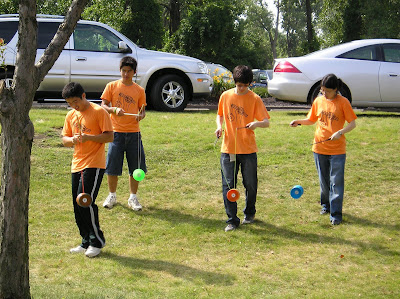 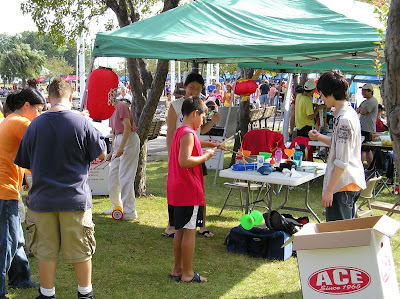 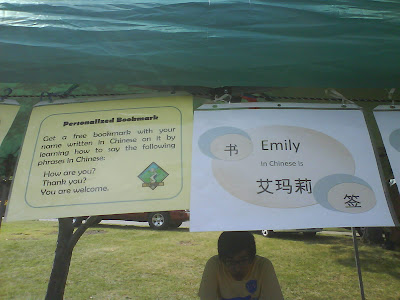 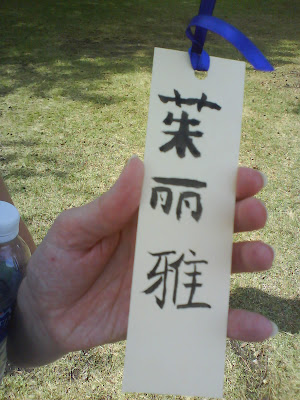 Many of the booths and tents, which took up sections of the park, were used as team stations. Here, team members…
. 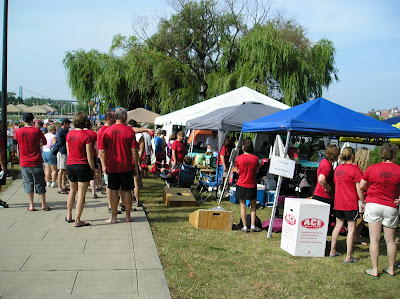 …rested between racing rounds with their supporters… 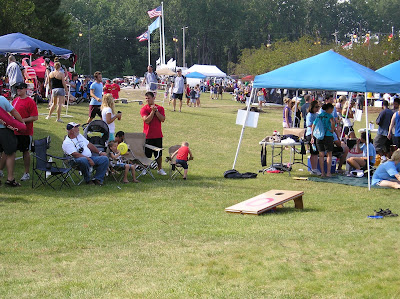 …played a bit of corn hole… 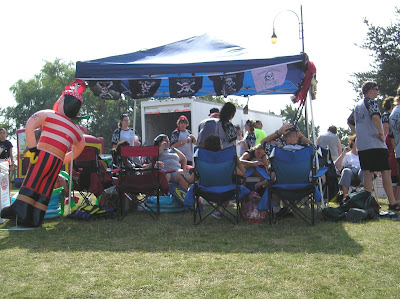 Admiring team shirts was one of the highlights.
. 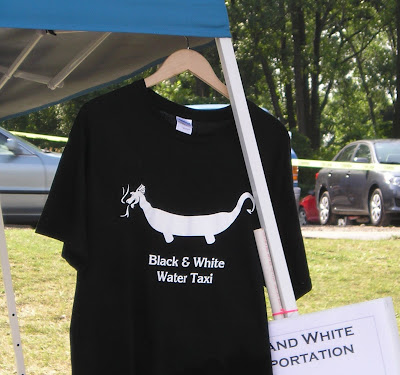 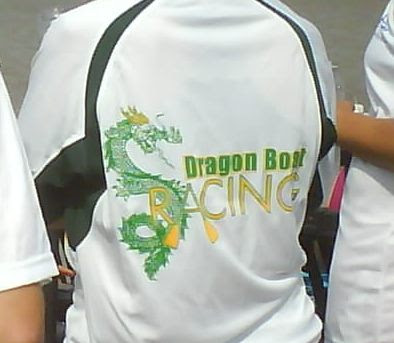 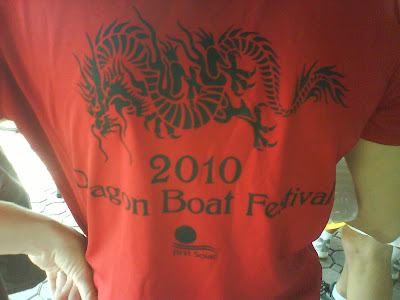 .
Admiring dragon hair was yet another…
; ;
Unfortunately, since each team brought their own food to the event (something that constantly tempted me to join them), there wasn’t a great need to have so many food vendors.
;

P.F. Chang’s was the only Asian food vendor… 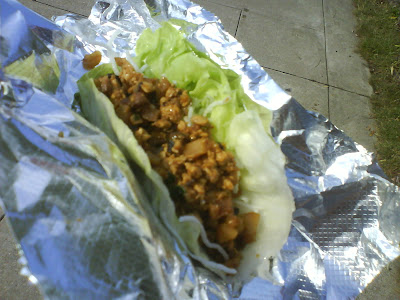 …where Julia got this tasty $2 chicken lettuce thing. 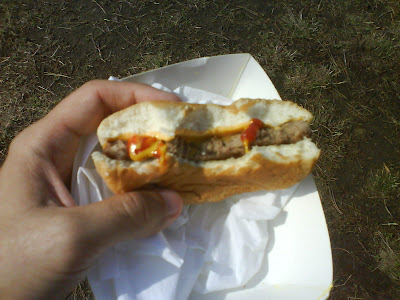 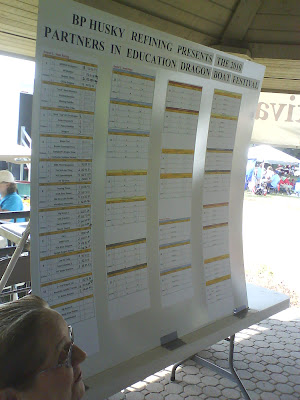 …teams were here to race for kids… 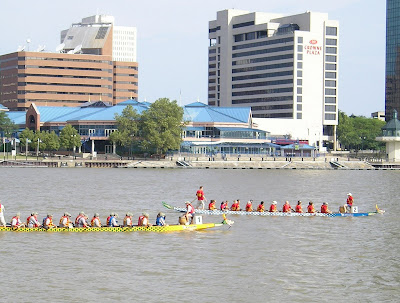 …which they did down the mighty, and often dangerous, Maumee.

We watched them racing under the warming sun and took delight in the wind that cooled us. Unfortunately, that same wind made racing a bit more difficult for those in the boats…
; 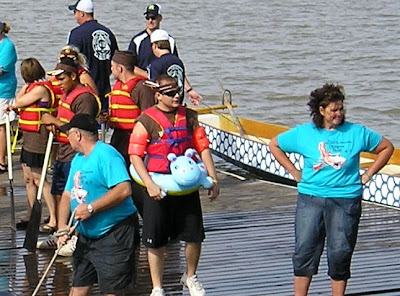 …so thank goodness they were secured with a life preserver or two. 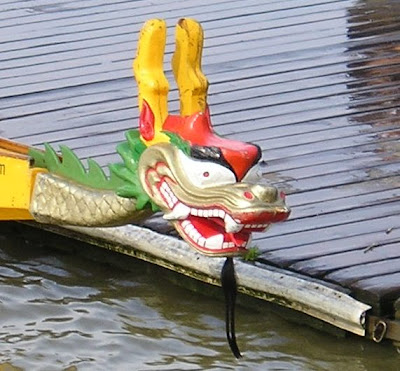 And I’m sure the lucky dragon head didn’t hurt.