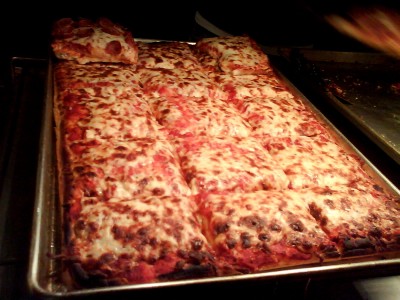 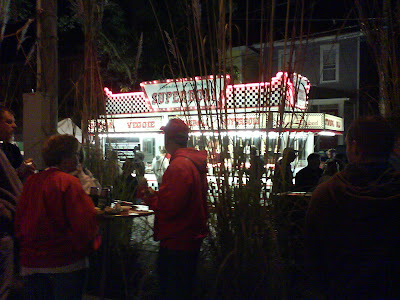 Let me say right off that I’m not a big Italian festival fan and that is due to the fact that I’m not a tomato-sauce kind of guy. I love tomatoes, but I really don’t care for tomato paste or sauce. (Keep in mind that tomatoes weren’t really incorporated in Italian cooking until the late 17th century…they came from South America.)

This makes it difficult to eat at Italian festivals because many foods are slaughtered with it. And, since I don’t care much for sausage sandwiches, it limits my options for the smaller festivals.

What’s more, concerning the state of Ohio, the Italian cassata cake (sometimes with various spellings like casada, etc.) is a yellow cake with strawberries and custard. It’s nothing like the traditional Sicilian cassata of spongecake and ricotta filling…nor the abruzzese cassata of Sulmona – a 4 layer cake with torrone, dark chocolate and almond brittle. Both these Italian cassata cakes are rich…whereas the Ohio version is “mellow” or “tame” in comparison. It’s like wanting a creamstick doughnut (which uses a rich sweet cream filling) and getting a Boston Creme Doughnut instead.

But…with that said…I had high hopes for Columbus. This is mostly due to the fact that I saw the Irish Festival’s site for Columbus and their food selection far outweighed the Cleveland one. Having missed Cleveland’s Feast of the Assumption festival in exchange for the Pickle Festival in St. Joe, Indiana, I was hoping to redeem myself for some tasty non-tomato-sauced Italian grub.

I went with my aunt and uncle, Columbus residents. My uncle has the gift of Parking Spot Suggestion, where his mere proximity causes people to move their vehicle out of their nearby parking spots so that he may occupy it. This was such the case on this night. As he pulled into the lot, the owner of a pickup signaled his vehicle and we waited a mere 2 minutes for the pickup to be pulled out of our new parking spot.

As we approached the festival, the signs of pure Mediterranean delights were upon us with a towering sign in view… 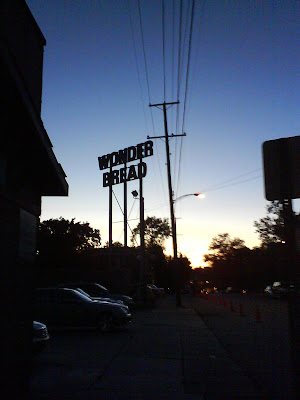 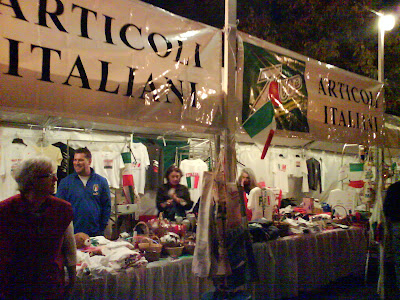 …with shirts and bumper stickers and other things… 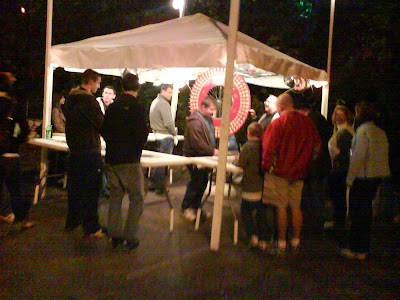 …a gambling wheel (because drunken Morra is dangerous)… 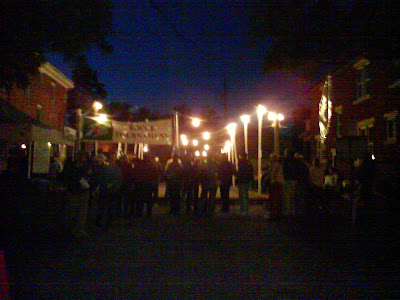 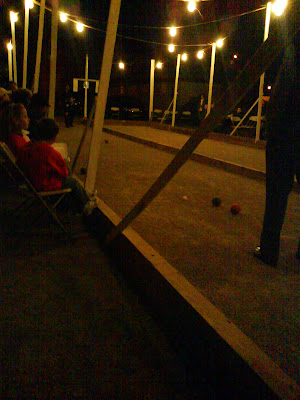 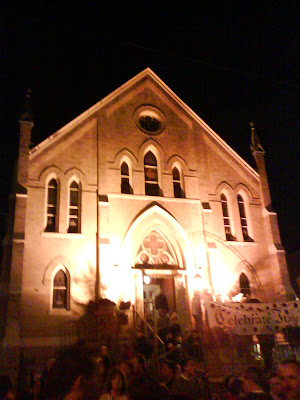 …and food.
LOTS of food.
.
I mean, where else would they cut you a deal for only eating the calamari tentacles?
. 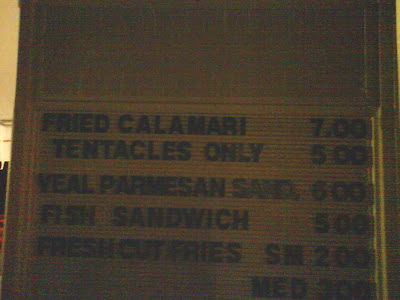 .
And the tentacles actually be delicious!!
. 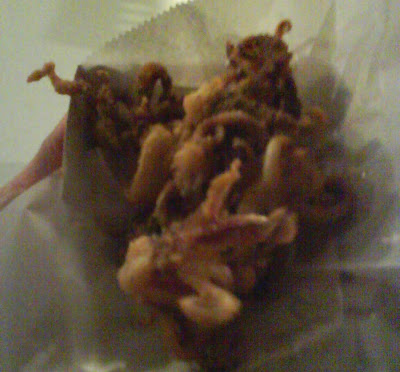 (even if you may think it looks disgusting) 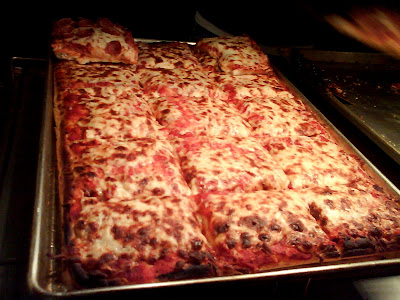 …pizza (also good…even with the tomato)… 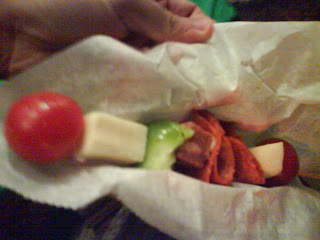 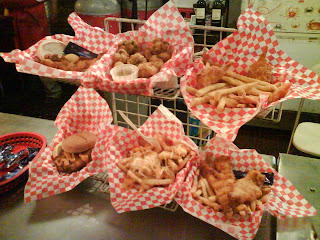 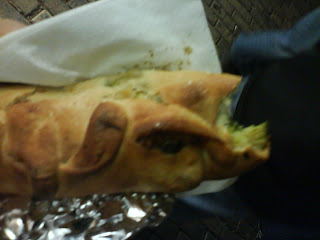 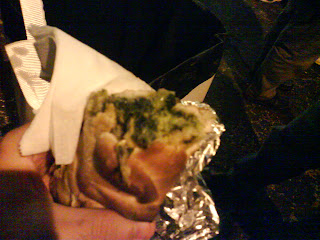 …and the best broccoli, spinach garlic butter stromboli (minus the tomato sauce).

There were also a plenitude of desserts. Rather pleasing to the eye! 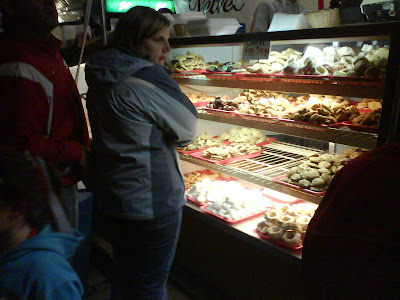 I nabbed a cannoli, but it really wasn’t that great, honestly. The cassata cake was also the strawberry custard Ohio version (many vendors having traveled down from Cleveland).
/
But I’m sure there was plenty of other stuff that was good…especially with the crowds that waited in line for them…
. 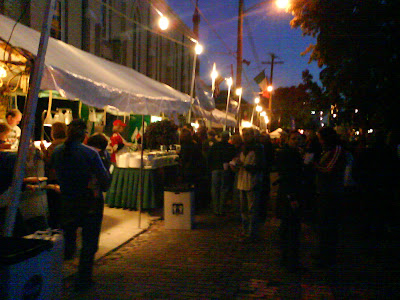 .
Finally, with the games, rides, eating, drinking and concerts and tents…there were people. Tons of people! And they only made the experience better!
. 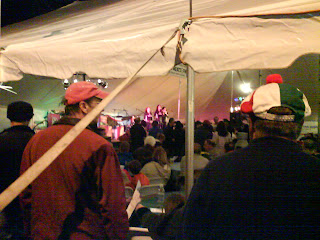 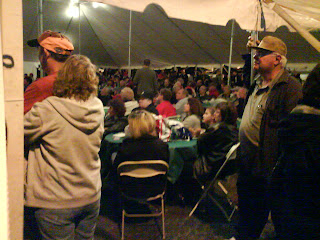 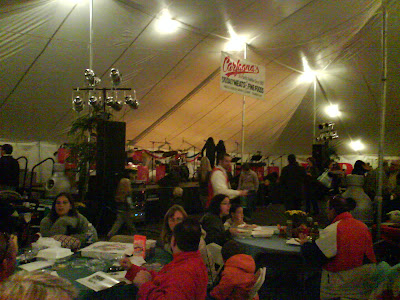 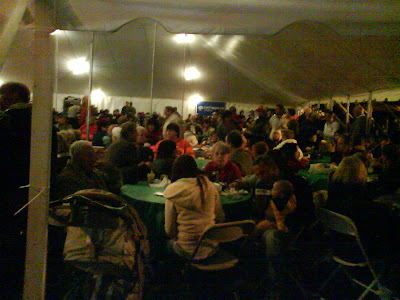 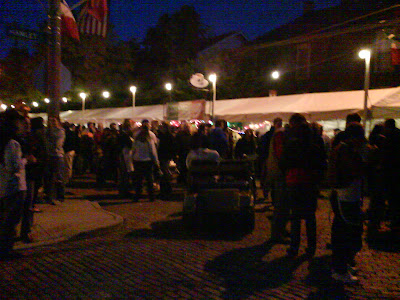