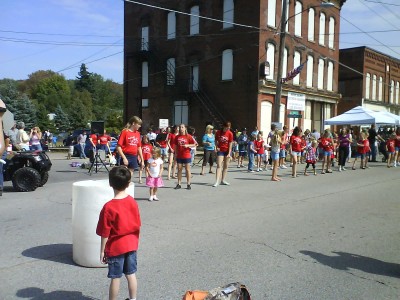 After a long driving day Saturday, I had another 2-3 festivals to hit on Sunday. I wasn’t sure if I would be able to do it, but I remained optimistic.

From Columbus, I figured I should take advantage of my location and take a slight detour on my way to the next festival in Clinton, Ohio (near Canton). So I went off the main highway through the city of Newark to get my chance at seeing a rather remarkable piece of architecture. 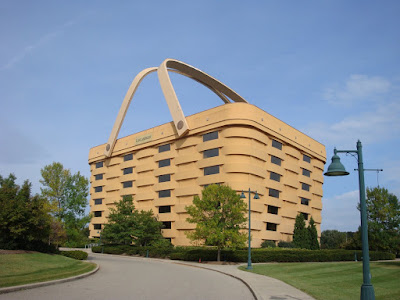 .
The above picture is the current headquarters of the Longaberger Basket Company in Newark. (the old headquarters was in Dresden).
.

After getting a few shots of the building, I still hadn’t eaten breakfast. So I stopped in Coshocton’s IGA for a pretty tasty cremestick. 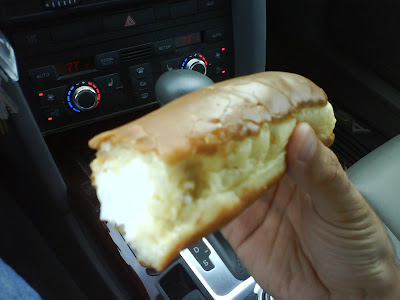 Little hard to see the creme filling here, but, for you out-of-Ohio readers, it is NOT like Boston Cream. It’s more a sugary-lard concoction. Quite delicious.

Eventually, I made my way to the town of Clinton. This was only a 4 hour long festival, so I really didn’t know what to expect – although I imagined a park area in the downtown where there were some picnic tables and grills cooking.

It was a little different.

Instead, after figuring where to park (I never know of those sectional strips along the road belong to the house residents there or to the public), I walked straight into a car show at the side of the festival. 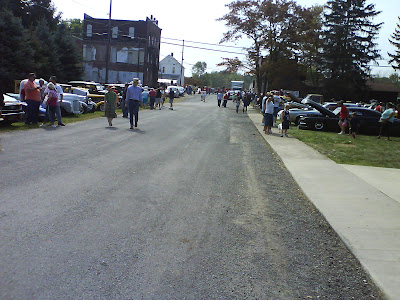 I decided to take short walk around and work off that Coshocton doughnut. 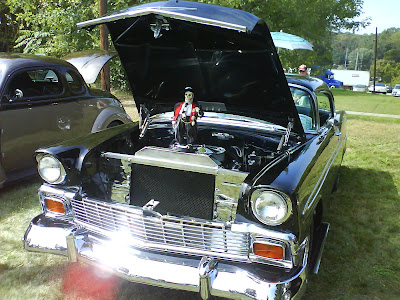 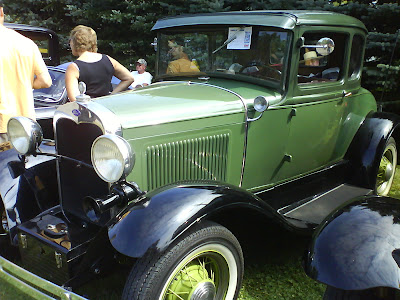 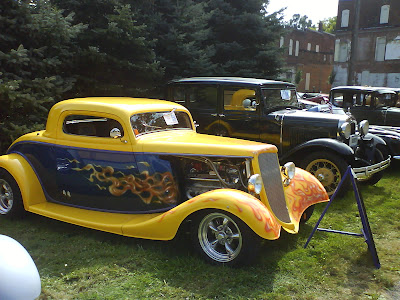 .
Afterwards, I made my way to the main streets, where cheerleaders performed for the crowd.
./ 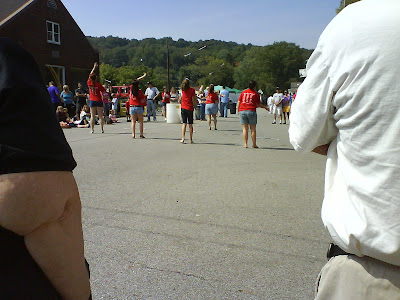 As their hypnotized eyes were pulled to the flying batons, I found it my chance to take advantage of the opportunity and check out what was to eat.

Apple products lined the side of the eating area… 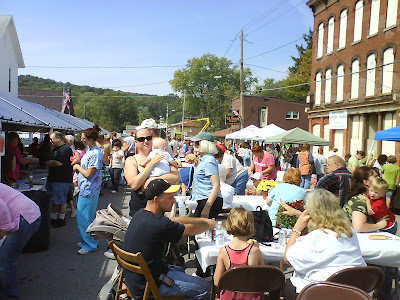 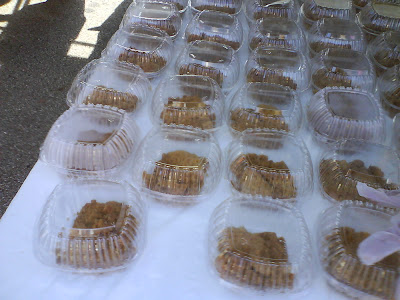 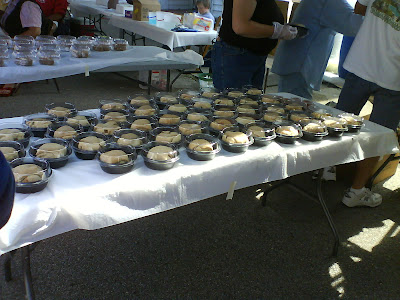 In the firehouse, they served a chicken dinner and some other dinner (can’t remember). I ended up getting the BBQ pork sandwich, where they did give me a decent amount of pork, especially for 3 bucks. I also got a punch drink included (which I passed on) and I’m assuming it went toward the fire department.
. 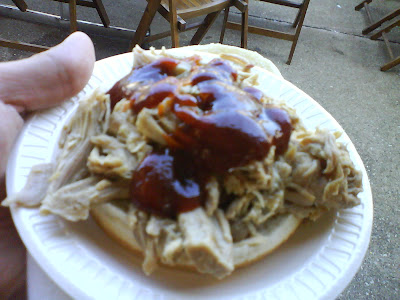 I ate my sandwich while avoiding some monster bees and watching the public get involved with some cheerleading steps. 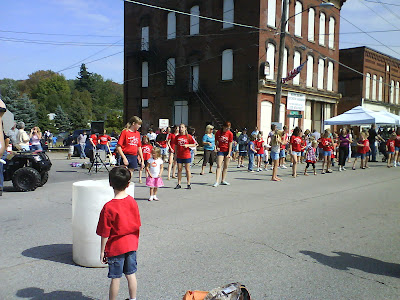 I then decided to get myself some apple snacks to take home. For my mom, I got a dumpling. She would later tell me that she didn’t care for hers (dough wasn’t sweet at all and apples not sweet enough). I admit that I didn’t care much for my fritter.
. 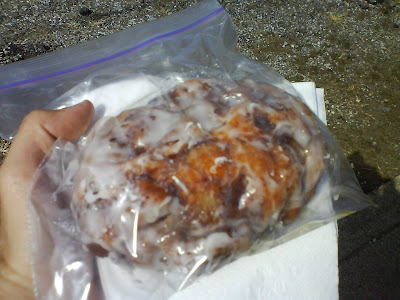 It has that generic-looking sugar glaze on it that you sometimes see on some factory baked goods (the type near the jellies at the grocery store). And I just didn’t taste that much apple. Maybe I just picked a bad one?

In any case, I had to head to Lorain for another festival before the sun sank back into Lake Erie…
.