I really try to avoid church festivals unless there’s a cultural or food element involved. That’s why I’ll attend a cultural festival (Greek, Italian, Polish, etc.) that is held by a church, but I won’t go to a traditional annual church festival…basically because I wouldn’t be able to keep up.

But when word of mouth came my way that Lorain’s St. Anthony’s was having a parish festival/pierogi festival, it fortunately met the criteria to be blogged about.

At first, the info was scarce. It was difficult to navigate the parish site for the times and activities. Eventually, I started to see signs around the city. 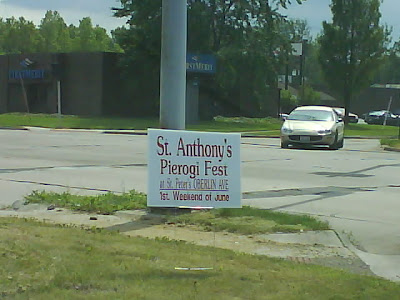 .
This year, it was being held at Lorain’s St. Peter’s Roman Catholic Church, the church I grew up in. So I didn’t expect it to be much different than St. Peter’s annual parish festival in August…possibly a tad smaller.
.

When we got there, we noticed that they had… 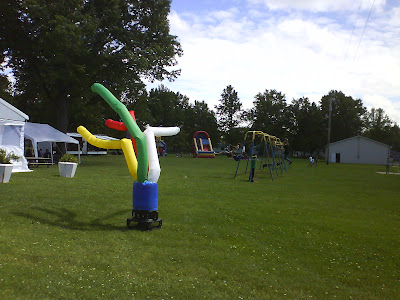 …rides and playground stuff for the kids… 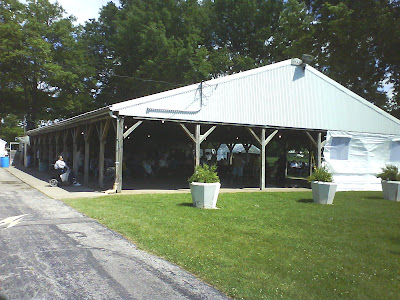 …a pavilion for the people to eat in… 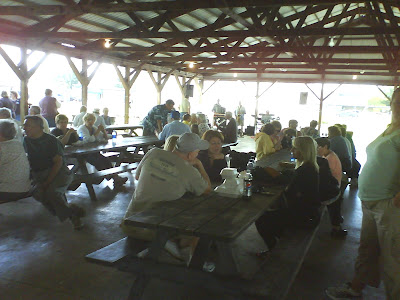 …where they also listened to a polka band (in the back)… 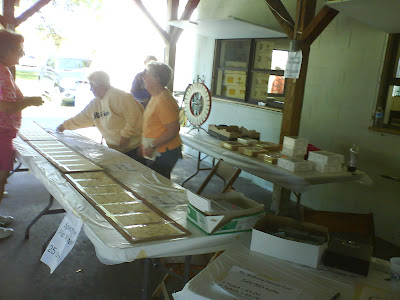 …and played the pie wheel game.

Parishioners donated pies for this attraction, but the ones present didn’t look homemade. I noticed the boxes of Mama Jo Homestyle Pies sitting on the table. Not that I don’t like Mama Jo’s, but I appreciate home cooking so much more. It’s the cooking of parishioners, for example, that makes Greek festivals so attractive. You don’t go to festivals to buy bought food.
.

But St. Anthony’s knows this. They are known every Lenten season for their homemade pierogies and Lorainites flock to them, buying dozens at a time to get through those tedious 40 days.

So, as we approached the ordering counters, the menu on the wall caught our attention… 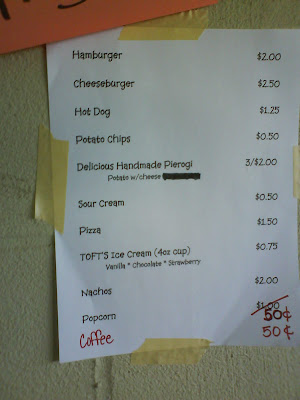 .
…with “Delicious Homemade Pierogi” calling to us.
.

But, as my brother and I stood in line, tragedy struck.

The mother and daughter in front of us turned around, looking back to us with disappointment. Words failed them temporarily as they stepped away from the counter, empty-handed. They uttered something about the pierogies and disappeared into the light beyond the pie wheel, never to be seen of again.

The vibrant polka music died and an ominous voice mumbled on the loudspeaker. As panic began to rise, my brother asked for some clarification from one of the volunteers only a foot away. But she seemed too frightened to vocalize such a response and only pointed back to the incomprehensible man on the mic.

So my brother asked again. “Did you sell out of pierogies?”

Finally a girl in the back confirmed what we feared. “Yes!” she called back and our spirits dropped.

There were no more pierogies. Selling 300 dozen in four hours the day before and 250 dozen in 2.5 hours on that day, St. Anthony’s was out…planning to get some Mrs. T’s for the rest of the event.

We started to head out, passing the pie wheel a last time. My mom wanted to play and I gave her a quarter. Upon my suggestion, she put it on number 14… 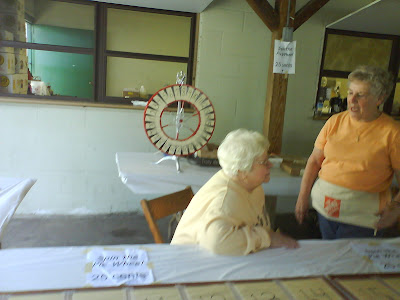 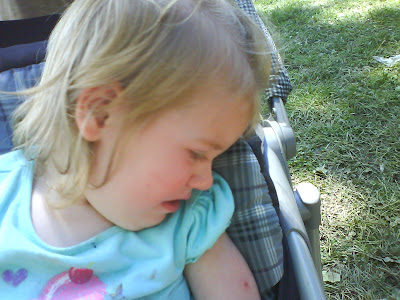 …my niece’s tears had told us that we had already lost.