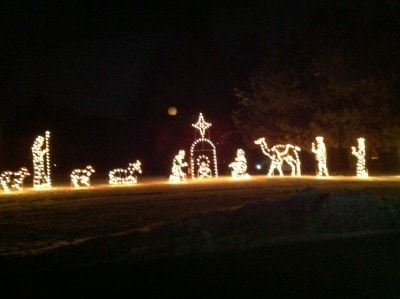 Now that the year is winding down, we all tend to slip away into thoughts of how our past year went and how the next one will go. We analyze the “mistakes” we made, promising not to repeat them. We even make resolutions on how we will become “better” starting New Year’s Day.

Although obviously connected to the timeliness of an old year ending and a new year beginning, I can’t help but connect a religious element… 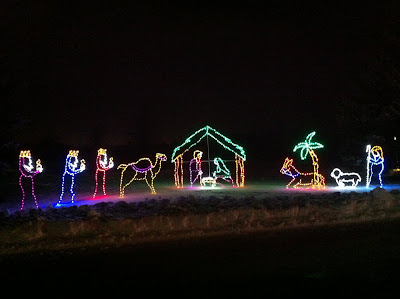 …of the Christian persuasion.

I write this because the Christmas Story is all about promises of things to come through the birth of a child. That child, like the New Year, reminds us of a new beginning…a fresh start. The angels act as the promises (resolutions) we make to ourselves. Mary, Joseph and the animals are witnesses to our promises. The Magi, meanwhile, are those opportunities and tools needed for our quest of change.

Just go with it.

Finally, there’s that brilliant star that shines in the night sky and calls the shepherds (our superego/conscience)…the shining promise and hope of things to come if we follow through with our resolutions. 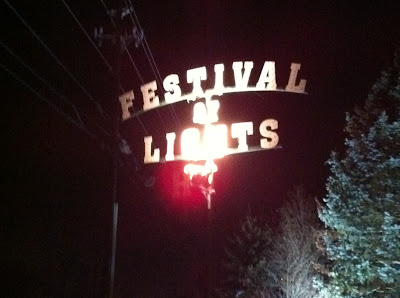 …the Festival of Lights. 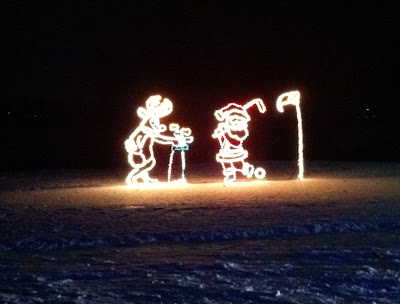 …where many visitors usually come for golf… 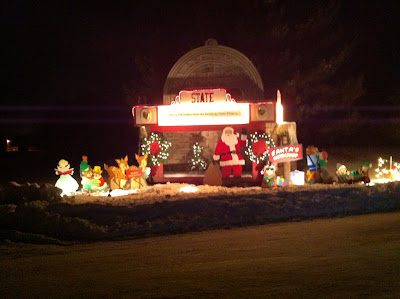 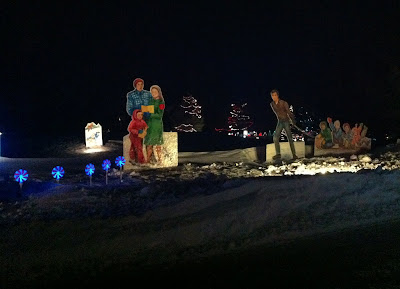 …visitors, instead, came to look at holiday light displays… 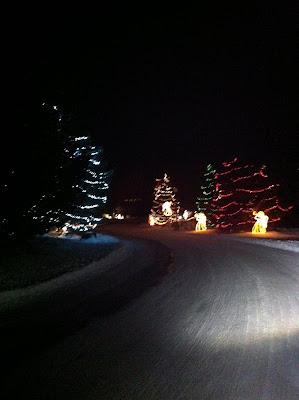 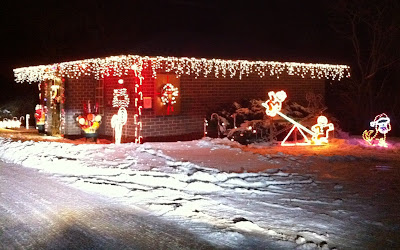 Light displays were put up by local groups and charities… 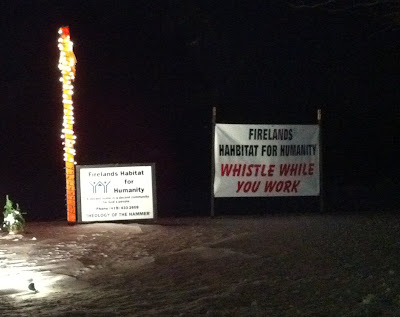 …some with better spelling than others (sign on right).

This was different than any other festival I’ve attended because I never even had to get out of the car (although Santa and activities were available in the resort on weekends).

Instead, I just turned up the Christmas music… 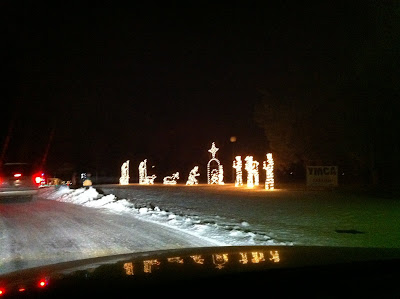 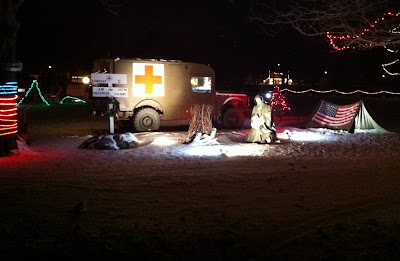 …and enjoyed typical and not-so-typical holiday scenes along the way.

There was even a Santa at the end of the road who gave us candy canes (because we were good this year, obviously).

And, as I drove past the scenes, I couldn’t help but think of that star that promised a better future.

In fact, the star was such an overwhelming presence…